This is an authentic dream I dreamt in shortly before the defence. The thesis was more or less finished and would be sent to the printer in a couple of days. I was down on Corsica for a couple of days, trying to keep the thoughts on other things. If you don't understand the Harry Potter references, just grab any ten-year-old kid on the street and he or she will explain everything. Or read the books; they are actually quite fun.

It is the end of the schoolyear at Hogwarts School of Witchcraft and Wizardry and everybody is sitting at the three long tables in the big hall, waiting for the headmaster Dumbledore to enter the stage and make his end of the year speech, awarding points to the different houses at the school to decide on the winning house of the year.

In comes Dumbledore, in a red wizard robe and the traditional pointy hat. The beard is as long as usual, but in a less grayish white shade - because Dumbledore turns out to be just an alias for [my supervisor] Björn Granström, who seems to be pretty much at ease in the unusual wizard clothes and with the longer beard.

Instead of just awarding the points he tells everyone that the ceremony will now continue with a thesis defence and ask the defendant, a feeble looking boy who sits at the end of one of the tables, to step forward. The boy silently gets up, trying to hide from all the stares, and walks miserably towards the podium. As he is walking he starts to pick up courage and finally feels intimidated, but rather strong when he reaches the stage. He steps into the defendants box, looking defiantly back at all the glares.

Then, his legs start to shake, because in comes the examination committe, three old [sorry for that, Björn Lindblom, Arne-Kjell Foldvik and Johan Sundberg] and very, very wise wizards. The big hall is completely silent now, it is a great honour to have these legendary wizards at Hogwarts. They look very grim in their sparkling green robes and pointy hats. And what is even more scary is that they are carrying a huge sword - the judgement sword, that will make the decision as to whether the thesis will pass. Just as the Hogwarts sorting hat, the sword is magical and alive, now floating in the air in front of the committee, and if it points upwards at the end of the defence, the thesis is accepted. If it points to the floor... then goodbye Hogwarts for the miserable defendant.

Björn-Dumbledore now calls in the external examiner Joe [Perkell], a lively looking wizard in a purple robe, a pointy hat with stars and a broad smile. The examiner is cheered as a great star by the audience and he runs a round of honour, waving at all his fans in the audience. Björn-Dumbledore then gives hime the written instructions for the defence. It looks like a roll of really old paper - but it is actually a fax [ah, the modern times come even to the wizards] with secrets on the thesis that only the examiner gets to see. Björn-Dumbledore then pulls out two small swords and hands them over to the examiner and the defendant. He tells the combattants and the audience that the swords have been enchanted to reflect the strength, the weaknesses and the possible flaws of the thesis. In this way, the sword fight between the examiner and the defendant will reflect how good the thesis is, the swords giving the strength to the combattant who has the strongest position regarding the academic issues.

The fight starts and it is pretty even. The examiner really likes fightening, the smile broadens and he attacks happily. The defendant is however not totally taken aback. He counterattacks and is doing quite well. The fight goes on over larger and larger areas of the stage - even on the table of the examination committee, who surprisingly looks at this with great approval. Everything seems to run smoothly.

But then, the examiner turns out to be an animagus* and turns himself into a wolf, making a violent attack [I think this should be interpreted as "the fax contained information about a serious flaw in the thesis and the examiner is now attacking that very weak point."]. The defendant is doing really badly; he is chased and he is wounded from the ferocious fangs that the examiner is sporting. It really looks as if the tip of the judgement sword is going to incline down towards the floor.

Not everything is lost though; the defendant feels something in his pocket. It is the "Lord of the Doctoral Rings" that he has been confided for some mysterious reason. Gently he slips his hand into his pocket and puts the ring onto his finger and [of course you are all guessing what happens in this part] he disappears into thin air. The examiner looks stunned, so does the examination committee, Björn-Dumbledore and the audience...

... and the dreamer, as he wakes up at this moment. What happened? Did he pass or not? On the one hand he was able to avoid the attack from the examiner, but on the other, was it cheating to disappear like that? What would the judgement sword say to this? It was a great relief that the examiner did not tear the poor little wizarding boy appart, but how should the disappearing be interpreted? Was it that the defendant had some secret strong card up his sleeve that he could play if he was being cornered and that he would then be able to pass the exam? Or was the disappearing just a way to sneak away, avoiding all the shame and the blame, turn the back to KTH (sorry, "Hogwarts") and leave for the muggle industry?

Well, "Harry Potter" are books for children and they should hence end on a happy note, so the end of the dream probably was happy. And, more importantly, the ending in reality was happy (if I am not dreaming still...).

* a wizard who can turn him- or herself into an animal. 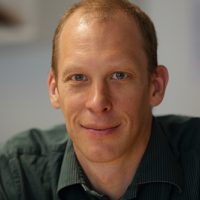