2004   Ph.D. in Human-Machine Interaction at the Interaction and Presentation Laboratory at the Department of Numerical Analysis and Computing Science at KTH, Stockholm, Sweden. “The Effects of Modality on Social Presence, Presence and Performance in Collaborative Virtual Environments”. 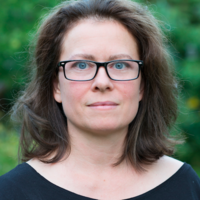