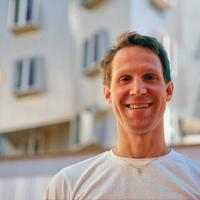 In 2006 Jakob Nordström received the best student paper award at 38th ACM Symposium on Theory of Computing (STOC '06), and his PhD thesis received the Ackermann Award 2009 for "outstanding dissertations in Logic in Computer Science" from the European Association for Computer Science Logic. His research is funded by a Breakthrough Research Grant (2012) and a Consolidator Grant (2016) from the Swedish Research Council, a Starting Independent Researcher Grant from the European Research Council (2011), and (joint with Johan Håstad and Per Austrin) a Research Project with High Scientific Potential Grant from the Knut and Alice Wallenberg Foundation (2016).

In 1997-1998, Jakob Nordström served as a military interpreter at the Swedish Armed Forces Language Institute (Försvarets tolkskola), graduating as the best student of the 1998 class. In parallel with his studies and later his research, he has worked as a Russian interpreter, engaged among others for His Majesty the King of Sweden and the Swedish Prime Minister. He also has a Diploma in Choir Conducting with extended Music Theory from the Tallinn Music Upper Secondary School, Estonia. During the period 1994-1999, he was the artistic director of Collegium Vocale Stockholm, a vocal ensemble performing mainly Renaissance and Baroque music.