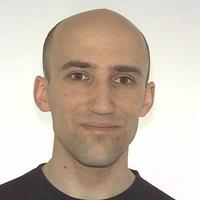 Joel Brynielsson is research director at the Swedish Defence Research Agency (FOI) since 2008 and associate professor at the Royal Institute of Technology (KTH) since 2010. Joel is Docent (Habilitation) in Computer Science (2015), and holds a Ph.D. in Computer Science (2006) and an M.Sc. in Computer Science and Engineering (2000) from KTH. He previously worked as an assistant professor at the Swedish Defence University (2006–2008). His research interests include uncertainty management, information fusion, probabilistic expert systems, the theory and practice of decision-making, command and control, operations research, game theory, web mining, privacy-preserving data mining, cyber security, and computer security education. He is the author or co-author of more than 100 papers and reports devoted to these subjects. Joel is an associate editor for the Springer Security Informatics journal, has served as the technical program chair and proceedings editor for the IEEE European Intelligence and Security Informatics Conference (EISIC) in 2013, 2015, 2016, 2017, 2018, and 2019, and regularly serves as a reviewer for related journals and conferences. Joel has obtained and managed projects funded by research councils, the EU, public authorities, and the Swedish Armed Forces.