The project is motivated by the progress in free-electron x-ray lasers (XFELs) around the world. Our aim is to develop a theory and simulation techniques relevant for the interpretation of the new experimental data in order to stimulate the process of scientific discovery in the strong field x-ray science. A strong focus will be put on developing and extending computational techniques and programs which target physical processes of key importance in future experimental activities in the area, such as stimulated x-ray emission and lasing [1-3], stimulated resonant inelastic x-ray scattering (SRIXS) [4-5], as well as strong x-ray induced wave packet dynamics [6]. These techniques will then be applied to analyze and interpret data from experimental studies of new materials, biomolecules in relevant environments, the kinetics of phase transitions, heterogeneous catalysis as well as the properties of liquids and solutions. The project will help to enrich the expected scientific output from the new XFEL facilities. The project is supported by the Knut and Alice Wallenberg foundation, Swedish Research Council (VR), and Carl Tryggers Foundation.

Nuclear dynamics beyond the Born-Oppenheimer approximation

Nonadiabatic interaction between potential energy surfaces of different electronic states is a fundamental phenomenon to determine dynamical processes including the coupling of nuclear motion with electronic states (vibronic or electron-molecular-vibration coupling) in physics, chemistry, and biology. However, interaction even between two states has not yet been fully understood... To carry out such advanced studies of complicated excitation dynamics, we need to accumulate detailed information on the interaction of potential energy surfaces (PESs) theoretically and experimentally. We can now use not only lasers but also intense x rays from recently available high-brilliant synchrotron radiation and free electron lasers. The PES crossing between bound and dissociative states is one of the most fundamental interactions, which goes beyond the Born-Oppenheimer approximation. In order to study these processes in various x-ray spectroscopies we using quantum wave packet methods, taking into the vibronic coupling in intermediate core-excited [1-4] and final valence excited state [5-6]. Many interesting phenomena can be described in this case, e.g. recently observed anomalously strong two-electron one-photon transition in RIXS [7].

Dynamics in RIXS of gases and liquids

The dynamics of fragmentation and vibration of molecular systems with a large number of coupled degrees of freedom are key aspects for understanding chemical reactivity and properties. A resonant inelastic X-ray scattering (RIXS) is shown to be a wery powerfull tool, which allows in principle to break down a complex problem into elementary transition steps [1, 2]. Moreover, local multi-mode nuclear wave packets created by X-ray excitation to different core-excited potential energy surfaces (PESs) will act as spatial gates to selectively probe the particular ground state vibrational modes and, hence, the PES along these modes. We demonstrate this principle in our recent work [3,4] by combining ultra-high resolution RIXS measurements for gas-phase water with state-of-the-art simulations. Our findings demonstrate how the core-excitation to an appropriate gating intermediate state leads to spatially selective wave packets which enables a disentanglement of the bending and the symmetric and anti-symmetric stretching vibrations in the water molecule. 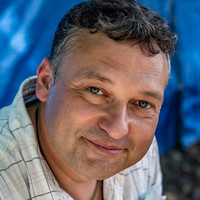