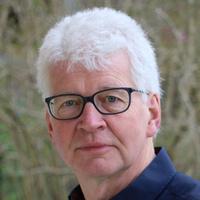 Jan Linnros received his Ph.D. in Physics (ion beam processing of materials) from Chalmers University of Technology (Göteborg, Sweden) in 1986. After a post-doc at Bell Labs, Murray Hill, he joined the Swedish Institute of Microelectronics in Stockholm to work on semiconductor material and device characterization. In 1993 he accepted a research position at Royal Institute of Technology and was appointed full professor in 2001. He is an active teacher and initiated/headed a master program in Nanoelectronics/Nanotechnology. He has published ~200 scientific papers in international journals. He is also a cofounder of a company ‘Scint-X’ developing an imaging X-ray detector. Current research interests include: silicon nanostructures such as nanocrystals, nanowires, nanopores and associated nanofabrication methods including electrochemical etching and nanolithography, as well as X-ray imaging techniques. Recent projects include the use of silicon nanostructures in bio-molecule sensing (nanowires) and DNA sequencing (nanopores) and for modifying surface properties. A main scientific break-through has been PL spectroscopy of individual silicon quantum dots.