DIVISION OF SURFACE AND CORROSION SCIENCE

At KTH since 1998 after a 4 year stint lecturing at theUniversity of Sydney, Australia.  Research Interests include the following.Nanotribology,Perception, andSurface self assembly /spectroscopy. 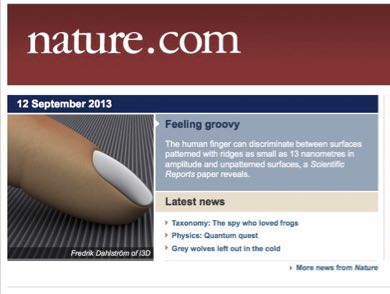 Tactile perception is an exciting "new" field, literally at theinterface between materials science, tribology, neurology and psychology, which explains the involvement of a surface chemist/nanotribologist. Our sense of touch (using our hands) relies on thecontact mechanical interactions between thestratum corneum and the surface of interest, and these interactions are then transmitted via our somatosensory system to the brain. In our research, we choose to address the brain viapsychophysical approaches.  We are investigating from such a perspective how surface properties such asroughness,finger friction andsurface chemistry are implicated in the sense of touch.  Roughness and friction are intimately related and while these parameters can be separated for uniform fine textures , the relationship becomes more entwined, as we show in a study of commercial coating materials. We demonstrated early how tribology plays a key role, and have coined the term Psychotribology as a research field underpinning tactile perception.  The acuity of touch declines with age and we have identified the mechanisms responsible for this - which are both somatosensory and biomechanical.   The same article shows how tactile acuity can be temporarily restored, for example using a topical formulation. 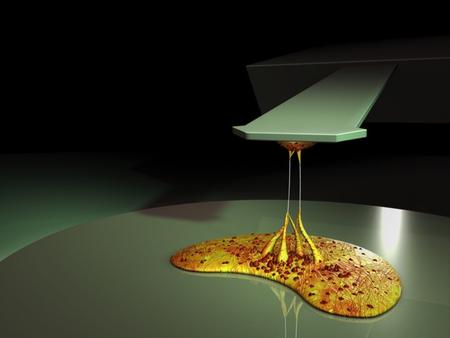 In the area of nanotribology, we have been working since 1998 on techniques for the measurement of friction using AFM.    Primarily we use the colloid probe technique to measure capillary condensation,adhesion, friction, and other surface forces, between materials as disparate as hair,cellulose,proteins,saliva and dual responsive polymers.   As a result of these studies we have been able to demonstrate superlubricity using repulsive Lifshitsz forces, elucidate adhesion mechanisms in biocomposite systems, and understand how adsorbed polyelectrolyte conformations affect friction.  Our most recent interest is to understand how Ionic Liquids (ILs) behave under confinement and shear, and how electric potentials can be used to control the near surface structure and the resulting interactions.  In the program REFIT we are focusing on bridging the gap between macroscopic and nanoscopic friction in ILs.   The combination of advanced nonlinear  spectroscopy, with neutron reflectance, AFM,QCM and traditional tribological approaches allows understanding of how  IL chemistry manifests at the macroscopic lubricant level.

We have a Vibrational Sum frequency Spectroscopy facility with which we study interfacial self assembly of for example surfactants,phospholipids and crown ethers.  An ongoing program is the study of how molecules such as boundary lubricants respond to confinement and shear.   Recently we have combined neutron reflectance studies with Langmuir Blodgett films and AFM analysis to demonstrate that self assembly at the water-air interface causes the water surface to conform to the packing criteria of the surfactants  - enabling facile nanopatterning, as well as 3D topography of the water itself. 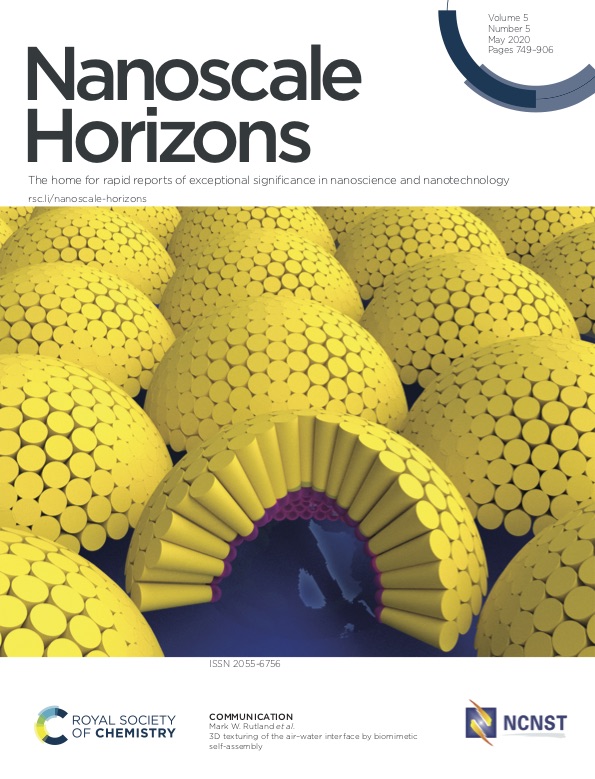