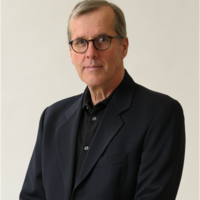 Ralph G. Nuzzo is the G. L. Clark Professor of Chemistry at the University of Illinois at Urbana-Champaign, a faculty he joined in 1991 and where he also holds an appointment as a Professor of Materials Science and Engineering. In 2014 he was appointed as an affiliated member of the Faculty at the KTH Royal Institute of Technology in Stockholm Sweden. He also is a Visiting Associate in Applied Physics and Materials Science at The California Institute of Technology where he serves as the Director of the Department of Energy Light-Materials Interactions in Energy Conversion Energy Frontier Research Center. Professor Nuzzo received an AB degree with High Honors and Highest Distinction in Chemistry from Rutgers College in 1976 and earned a Ph.D. in Organic Chemistry from The Massachusetts Institute of Technology in 1980. He accepted the position of Member of Technical Staff in Materials Research at Bell Laboratories in Murray Hill, NJ in 1980, where he was named a Distinguished Member of the Staff in Research in 1987. He joined the Illinois faculty in 1991. He is a fellow of the American Academy of Arts and Sciences, the American Chemical Society, the American Vacuum Society, and the Royal Society of Chemistry. His awards include the Forschungspreis of the Alexander von Humboldt Foundation in 2011, co-recipient of the George E. Smith Award of the IEEE in 2008, co-recipient of the Wall Street Journal Innovators Award for Semiconductors in 2006, and the Adamson Award of the American Chemical Society in 2003. He currently serves as a member of numerous advisory boards and is a co-founder of Semprius—a company commercializing high performance electronics for grid scale photovoltaic electrical energy generation.