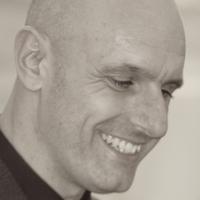 I am working as Post Doctoral Researcher in Sound Computing and Media Production at the Division of Media Technology and Interaction Design (MID), School of Electrical Engineering and Computer Science (EECS) since August 2020. Prior to this I was working in different roles at University of Edinburgh and at Queen Mary University of London.

I completed my Honours degree at Edinburgh Napier in Electronics and Communication Engineering in 1995 before working as a field engineer on oil rigs in the North Sea. In 1997 I went back into education and completed a post graduate diploma in Mechatronics at Abertay University, Dundee, before heading to Leeds Conservatoire to complete a BTec diploma in Popular Music.

Between 2008 and 2010, while working in an unrelated sector, I completed a Masters degree in Digital Music Processing at Queen Mary University of London (QMUL). This was part-time and almost completely carried out online. In 2013 I returned to QMUL to join the Media and Arts Technology doctoral college and joined the Centre for Digital Music (C4DM) in 2014. Here I completed a PhD titled Real-Time Sound Synthesis of Aeroacoustic Sounds using Physically Derived Models, supervised by Professor Josh Reiss (2nd Supervisor: Dr Andrew McPherson, External: Andy Farnell)

In 2018 I joined The University of Edinburgh to work on the Space, Place, Sound and Memory project, where two spaces that have been either lost or adapted over time were recreated in virtual reality, including their acoustics. Musicians were recorded in anechoic chambers and then placed as sound sources within virtual reality, with state-of-the-art spatialisation software used to recreate the lost acoustics. We have now recorded a classical music album using the lost acoustics and is due to be released in 2021. A video describing the making of the album is available here.

In 2019 I joined FXive (now Nemisindo), an incubator start-up at QMUL as the Technical Lead (Sound Synthesis and Procedural Audio). Here we designed a wide number of synthesised sound effects recreating a procedural sound effect library available in the browser, using JavaScript and the Web Audio API.