In most classical plasma realizations (laboratory discharges, magnetic confinement fusion devices, solar wind, interstellar medium), the average interaction energy of any charged species is much smaller than its thermal energy. These are weakly coupled or ideal plasmas whose thermodynamic properties are analogous to those of ideal gases and whose static structure is trivial. On the other hand, there are plasma realizations where the average interaction energy of at least one charged species is comparable or much larger than its thermal energy. This is possible for very high charge numbers (dusty or complex plasmas), very low temperatures (ultra-cold neutral plasmas) or extremely high densities (warm dense matter in inertial confinement fusion, white dwarf stars, giant planet interiors or neutron star crusts). These are strongly coupled or non-ideal plasmas where charged matter can be in a liquid, crystalline or amorphous solid state. Similar to atomic or molecular systems, the liquid state of plasma systems is squeezed in a small portion of their phase diagram between the gas and solid states, but has proven to be the most theoretically elusive due to its lack of small parameters.

Dusty or complex plasmas are plasmas dispersed with solid micron-sized particulates that are typically engineered in the laboratory. They are soft matter systems that expand the notion of conventional colloids. The dust component becomes strongly coupled courtesy of its very high equilibrium charge that is sustained by the continuous absorption of plasma fluxes. Complex plasmas are ideally suited for the experimental study of plasma liquid state processes being optically thin and spatiotemporally stretched systems. These advantages stem from the relatively large dust size, but this also implies that gravity strongly interferes with the dynamics promptly disintegrating stable configurations in absence of additional external forcing. Consequently, microgravity conditions are crucial for the formation of extended three-dimensional quasi-equilibrium complex plasma liquids. Plasma Kristall-4 (PK-4) is the latest microgravity facility dedicated to complex plasmas. It is a joint ESA-Roscosmos undertaking currently on board of the International Space Station.

The project focuses on the development of accurate theoretical approaches for the description of the thermodynamic, structural and dynamic properties of plasma liquids that are based on established statistical mechanics frameworks (integral equation theory, perturbation theory, variational theories, isomorph theory, generalized hydrodynamics, quasi-localized approximation, mode coupling theory). The validation procedure involves comparison with “exact results” generated by molecular dynamics or Monte Carlo simulations that are performed in-house. The benchmarked theoretical approaches are utilized to model dedicated PK-4 experiments that are also designed by our group. 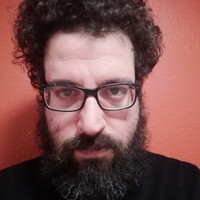 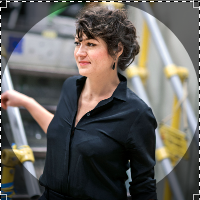