This history has its starting point in the early 1950s, when many nuclear power plants were planned and/or built along the Rhine and its tributary the Aare, but also when the awareness of the environment and its value slowly arose. This already shows what kind of different interests simultaneously occurred and sometimes even clashed: Industrial and economic development for the future met people concerned for the environment, their families and their homes. Furthermore, planning and building NPPs at the Rhine, a bordering river between different nations, did not ease the situation.

In this thesis I would like to trace back the history of the nuclear Rhine and the nuclear Aare. What kind of debates took place, which actors were involved and especially what kind of risks did go hand in hand with the extensive industrial planning along the rivers. In order to uncover the history, I am planning to focus on specific risks that accompany nuclear power. These risks range from thermal pollution and flooding to contamination of drinking water resources and decimation of fish populations. I am mostly interested in the perception of these risks and therefore the overarching research question of my thesis is: How are specific nuclear risks concerning water perceived, communicated and discussed? Usually, different actors partake in a controversy. So far local communities, energy providers, governments, anti-nuclear protesters and environmentalists are of major interest. These actors pick up the narratives of other actors and engage with each other in a debate. To show these conflicts is one of my central interests.

Uncovering the history of the nuclear Rhine and Aare is not only of interest to understand the past, but it could also contribute to future discussions on how to deal with the impact of large-scale technology. NPPs were not planned and/or established in isolated areas, but fairly close to resource grounds and the population. The impact of these endeavours can still be experienced today. Even though countermeasures were taken, the damage has been done and the different actors still have to deal with it. Today’s debates on droughts, heatwaves and floods as well as the disputes over the environment, fishing and water resources are the results of the intensive building plans of the 1960s and 1970s. Therefore, I would like to research the development and the controversies from the 1950s until today. 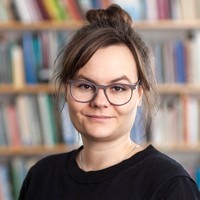