Shanghai Jiao Tong University (SJTU) is ranked as one of China’s top universities of technology. In addition to an outstanding faculty of technology, SJTU also has a leading faculty of medicine and a prominent business school. The strategic partnership between KTH and SJTU involves everything from student exchanges to co-financing of joint research and education projects.

Shanghai is a global metropolis with an attractive city environment. The region around Shanghai (especially Jiangsu Province) is home to many businesses and is of great importance to the Chinese economy. SJTU is an internationally renowned university in Shanghai with a focus on research. It is ranked as one of China’s top universities, following closely behind world-leading universities such as Tsinghua University, Fudan University and Peking University. SJTU has 31 schools with a total of 40,000 students within subject areas such as engineering, economics, social sciences, humanities and medicine.

Collaboration between the universities was primarily established within the subjects of biomedicine, medical technology and healthcare technology. In 2011, a cooperation agreement was signed for student exchanges and double diplomas for PhD students, followed by a number of other joint initiatives within education. A large delegation from KTH visited SJTU in 2012 for a joint seminar on energy and materials science. This led to continued discussions on collaboration within various fields of technology. When SJTU’s President visited KTH in 2013, the universities’ Presidents signed an agreement to develop deeper collaboration across more operational areas in the form of a strategic partnership.

In 2016, the universities began a joint five-year initiative whereby researchers at the two universities can apply for financial support for joint research and education projects. Twenty-six projects applied for funding via this initiative when it was advertised for 2016/17, with ten projects being granted financing.

Two joint research centres have been created within this partnership: JCIBRE (Joint Center for Innovation Driven Biomedical Research and Education) and JCEME (Joint Center for Energy and Materials for Energy. The centres have been responsible for initiatives including PhD schools and research collaboration. Over the course of the last eight years, KTH and SJTU have co-published a total of 338 academic articles, of which 42 had fewer than ten authors.

KTH and HKUST began student exchanges in 2011 with an agreement for four places for students from each university to spend a year at the other university.

Within biomedical engineering, a joint PhD school has operated since 2011 with 20 to 40 participants each year, half of whom are from KTH. The PhD school contributes towards the internationalisation of PhD education, and has proven popular with participating PhD students who have had the opportunity to meet PhD students from other schools and have become familiar with subjects outside their own research fields and education. Since the beginning, the teaching location has alternated between Shanghai and Stockholm, and in 2016 the school was held for the fifth time in Shanghai. The participating schools at KTH are the School of Engineering Sciences, the School of Technology and Health, the School of Electrical Engineering and the School of Biotechnology. A new concept was introduced in 2016, whereby students will work with interdisciplinary issues. Summer schools have also been run for PhD students studying energy and materials.

KTH is a member of the Swedish Chamber of Commerce in China, which has extensive operations in Shanghai. Of all the overseas Swedish chambers of commerce, the one in Shanghai has the highest number of registered companies.

2014 saw KTH and SJT establishing a Swedish Center at SJTU’s School of Biomedical Engineering and a Swedish Corner at the university’s public library. The Swedish Center gives KTH prominent visibility, and is currently supported by Sandvik and SCA. The centre has also received funding from Vinnova. 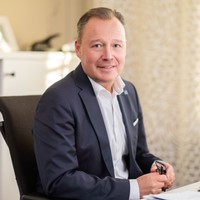 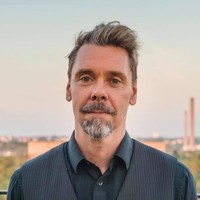