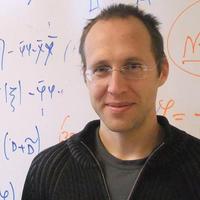 Sept. 2006-Aug. 2008Assistant Professor at the Department for Theoretical Physics Royal Institute of Technology (KTH), Sweden  (part-time during that period. Partially  on leave at UMass Amherst)

Sept. 2008-Aug. 2014Fellow of the Royal Swedish Academy of Science hosted at the Royal Institute of Technology Sweden.

May 2013 – Oct. 2015Associate Professor at the Department for Theoretical Physics Royal Institute of Technology (KTH), Sweden.

2018: Elected fellow of the American Physical Society Citation:For pioneering contributions to the theory of multicomponent superconductors and superfluids.

Description: “The award is given for exceptional, meritorious performance leading to achievement of  national or international renown”

2010: Tage Erlander prize in Physics of the Royal Swedish Academy of Science(Award for physicists under 40 years old, given in physics once every 5 years) Citation: “For groundbreaking theoretical work that predicts new states of matter in the form of quantum fluids with novel properties”

SELECTED PUBLICATIONS OF THE GROUP