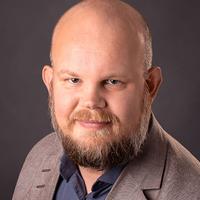 Joakim Jaldén received the M.Sc. and Ph.D. in electrical engineering from the KTH Royal Institute of Technology, Stockholm, Sweden in 2002 and 2007 respectively. From July 2007 to June 2009 he held a post-doctoral research position at the Vienna University of Technology, Vienna, Austria. He studied at Stanford University, CA, USA, from September 2000 to May 2002, and worked at ETH, Zürich, Switzerland, as a visiting researcher, from August to September, 2008. In July 2009 he returned to KTH, where he is now a professor of signal processing. He was an associate editor for the IEEE Communications Letters between 2009 and 2011, and an associate editor for the IEEE Transactions in Signal Processing between 2012 and 2016. He has been a member of the IEEE Signal Processing for Communications and Networking Technical Committee (SPCOM-TC) since 2013 and serves as the SCPCOM-TC char during the period 2019-2020. Since 2016 he is the program director of the five year Degree Program in Electrical Engineering (CELTE) at KTH.

For his earlier work on MIMO communications, Joakim was awarded the IEEE Signal Processing Society’s 2006 Young Author Best Paper Award. He is also a recipient of the Ingvar Carlsson Career Award issued in 2009 by the Swedish Foundation for Strategic Research. His recent work includes signal processing for biomedical data analysis, including the development of analysis algorithms for ELISpot and FluoroSpot immunoassays. These algorithms have subsequently been successfully commercialized by Mabtech AB in the Mabtech IRIS ELISpot and FluoroSpot reader. Earlier work in biomedical data analysis included the automated tracking of (biological) cell migration and morphology in time-lapse microscopy. This work was awarded a conference best paper award at IEEE ISBI 2012, and has been awarded several Bitplane Awards in connection to the ISBI cell tracking challenges between 2013 and 2015.