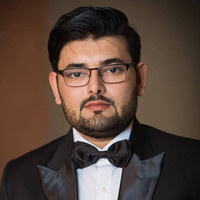 I am a Ph.D. student in the Theoretical Computer Science (TCS) group at KTH Royal Institute of Technology, Stockholm, Sweden. My current research area is Security and Privacy of autonomous systems. The Ph.D. position is funded by Wallenberg AI, Autonomous Systems and Software Program (WASP). I am working under the supervision of Sonja Buchegger.

I have completed my MSc. in Security and Mobile Computing (NordSecMob) from Aalto University and Norwegian University of Science and Technology (NTNU) in 2017.

Previously, I have worked as a Software Engineer in Samsung Research & Development Institute, Bangladesh (SRBD) from 2013 - 2015. I have also worked as a Research Assistant in Secure Systems Group at Aalto University, Finland from April 2016 - August 2016 and also from January 2017 - August 2017.