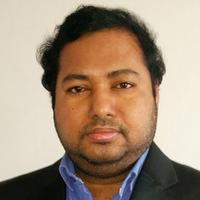 I have started my research career as a Ph. D student in computational materials science  (in Indian Institute of Science, Bangalore, India) and I was studying the temperature and pressure effect on organic molecular crystals. In particular I addressed the effect of these external variables on cell parameters, molecular packing, intramolecular structure and spectroscopic properties. I have developed Monte Carlo code for doing simulations in isothermal-isobaric ensemble which also accounted for sampling over certain larger amplitude torsional modes and vibrational modes. I managed to write my thesis entitled "Molecular simulations of temperature induced disorder and pressure induced ordering in organic molecular crystals." After Ph.D., thanks to postdoctoral fellowships from Belgian national fund for scientific research (FNRS), Wenner-grenn foundation and  Spanish Ministry of Science and Innovation, I stayed at ULB (Brussels), KTH (Stockholm) and UPC (Barcelona). My research stay at Belgium and Spain, aimed to study the temperature effect on polyethylene monolayer, order-disorder transitions, hydrogen-bond network forming liquids and liquid-liquid transition.  At KTH, my research interests were to investigate the solvent and protein confinement effect on molecular structure and optical properties of organic molecules. To some extend, I have also studied the pH dependent and metal-ion specific one photon and two photon properties of organic molecules which have potential applications as diagnostic/imaging agents. After my appointment as a Docent (Associate professor) in theoretical chemistry and biology (April 2015) in TheochemBIO, KTH, I am mostly working on computational design of tracers for medical imaging of internal organs (mostly brain) and for facilitating early diagnosis of different neurodegenerative diseases. My research mainly deals with the aspects such as method development, applied research and basic research and revolves around neurodegenerative diseases such as Alzheimer's disease and Parkinson's disease. 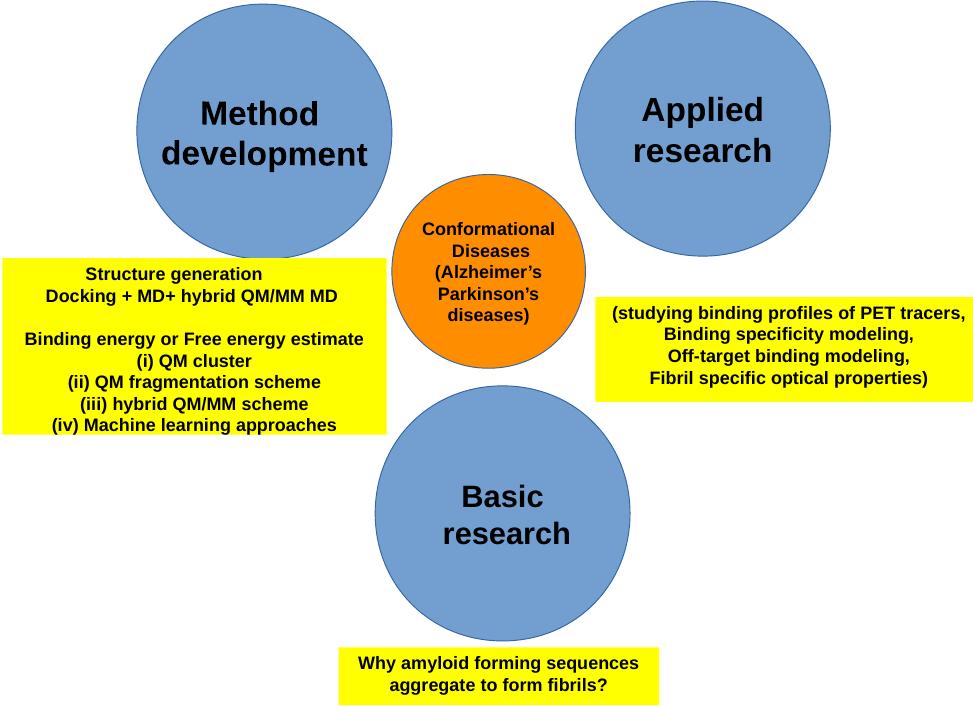