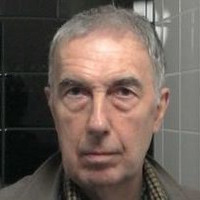 Michael Allan Raadu was born in Hull , England, in 1943, and educated there at Kingston High School. He received a B.A. degree in mathematics from the University of Cambridge ( Clare College ), in 1965, and a Ph.D. in astronomy from the University of Manchester in 1969. He was a visiting scientist at the High Altitude Observatory, Boulder, Colorado, from 1969 to 1971, and was a research worker at the Astronomical Institute, University of Utrecht, from 1971 to 1973. His research concerned the theory of solar activity and prominences.
Since 1973 he has been at KTH (SPP,  Alfvén Laboratory). His research activities have included solar plasma physics (in collaboration with DASOP , Meudon, France), the critical ionisation velocity, double layers and the theory of solitons (in collaboration with Risoe National Laboratory , Denmark, and CETP , Vélizy, France). A major interest has been the theory of dusty plasmas (with M. Shafiq - KTH PhD thesis 2006) . Most recent work concerns collaboration on HiPIMS (High Power Impulse Magnetron Sputtering) in particular computer modeling of the ionization region.

Dr. Raadu is a member of the IAU and the Royal Astronomical Society.

More details and a partial publication list are given in CV_Raadu_2009 .