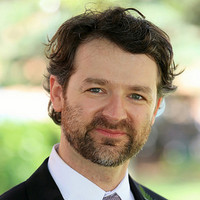 Assistant Professor Raffaello Mariani received a BSc in Aerospace Engineering from Embry-Riddle Aeronautical University (ERAU), Prescott, AZ, USA, in 2003. Interested in working in experimental aerodynamics, he obtained a MEng in Aerospace Engineering (Experimental Methods) from Old Dominion University, Norfolk, VA, USA, in 2005. During his time at ODU, he was able to participate in several automotive and aerospace wind tunnel tests carried out at the (former) 60ftx30ft Langley Full-Scale Tunnel (LFST). He then joined BMT FM in Teddington, UK, as a wind tunnel operator working on wind tunnel tests for civil and wind engineering, exposing himself to new applications and techniques of wind tunnel testing. In 2007, he left BMT FM to pursue a PhD, which he was awarded in 2012, in fundamental fluid dynamics at The University of Manchester, Manchester, UK, under the supervision of Prof. Konstantinos Kontis, focusing on the subject of compressible vortex rings impinging on stationary surfaces. From 2012 to 2017 he worked at ONERA as a Wind Tunnel Test Engineer at the Low Speed High Reynolds Number Wind Tunnel in Le Fauga-Mauzac, France, focusing on the technical management of industrial wind tunnel tests. In early 2017, he shifted his career back to academia by joining the research team lead by Prof. Daniel New at Nanyang Technological University (NTU), in Singapore, working on the development of quantitative schlieren for the analysis of supersonic jets. In August 2018, he joined KTH as an Assistant Prof. in the Aeronautical and Vehicle Engineering Unit