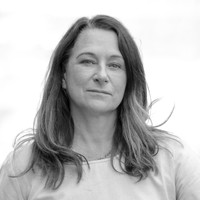 During her career, she has worked on developing affinity molecules for in vitro and in vivo diagnostics, where recent findings have led to a very effective method for finding HER2-expressing cancers via a newly developed radioactive affinity molecule. This has been confirmed in clinical studies, where small metastases not detectable with regular methods, could be visualized. The targeting module has also been developed for therapeutic applications. Further, prof. Hober has focused on developing molecules for highly specific purification of monoclonal antibodies. Among other applications, this effort has led to a purification method that is used globally by the majority of the pharmaceutical companies that produce and purify therapeutic antibodies (MabSelect SuRe, sold by Cytiva). During the first phase of the COVID-19 pandemic, prof. Hober, together with colleagues, rapidly developed a serological test for SARS-CoV-2 infection, which was utilized to first follow the spread and thereafter continuously recurrent infections among hospital workers at Danderyd hospital. This early and longitudinal information has built knowledge about the virus, its development as well as the protection supplied by the different vaccines and thereby led to several publications in high-impact journals. Currently, one of Hober’s research focuses is the development of a novel protein domain that displays calcium-dependent binding, ae mechanism that is utilized for protein purification, but also to increase the therapeutic effect of a specific binder. By both targeting the treatment and increase the rate of internalization into cancer cells the therapeutic effect for cancer treatment can be increase, leading to lower doses and less severe side effects.

For more detailed information about the research of the group, please visit  The Hober Lab