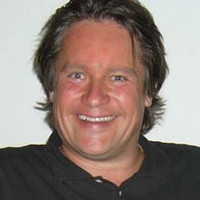 I am professor in Molecular Biotechnology at the Department of Protein Science, within the CBH school, where I am currently also Deputy-Head-of-Department. The research focus within my group is the protein engineering of small affinity domains, denoted affibody molecules and sequestrins, for applications in medicine, such as medical imaging and drug development.

A class of small affinity proteins, denoted affibody molecules, has been developed at our department. Staphylococcal protein A has served as scaffold for construction of combinatorial libraries from which affibody binding proteins can be selected to desired target proteins. Technology platforms to allow the generation of these affibodies is part of the research focus, and host-vector-systems for surface display on food grade staphylococci, e.g. Staphylococcus carnosus, as well as E. coli, are being evaluated for protein library applications using fluorescence activated cell sorting (FACS) for library screening.

The therapeutic potential of affibody molecules and sequestrins is investigated in various settings, including tumor targeting for in vivo imaging and biotherapy applications. Cancer biomarkers such as EGFR, HER2 and HER3 have been used in the context of tumor targeting, and mono- bi- and multispecific formats are being investigated. In addition, affibodies are being investigated and evaluated in the context of neurodegenerative disorders, i.e. Alzheimer's and Parkinson's disease and frontotemporal dementia (FTD). The aim is to generate tools to study the development of the diseases in various models, to generate tracers to allow diagnosis by means of medical imaging and also to generate candidates for proteins therapeutics for evaluation in preclinical models.