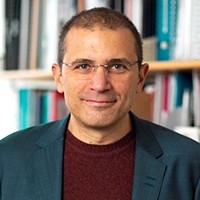 I am a surface and colloidal chemist with a background in chemical engineering. My research interests are in general focused on understanding from a molecular perspective, surface phenomena in aqueous interfaces, primarily by making use of spectroscopic techniques that target molecular vibrations (vibrational sum frequency spectroscopy and TIR Raman). My current research areas can be summarized as follows: