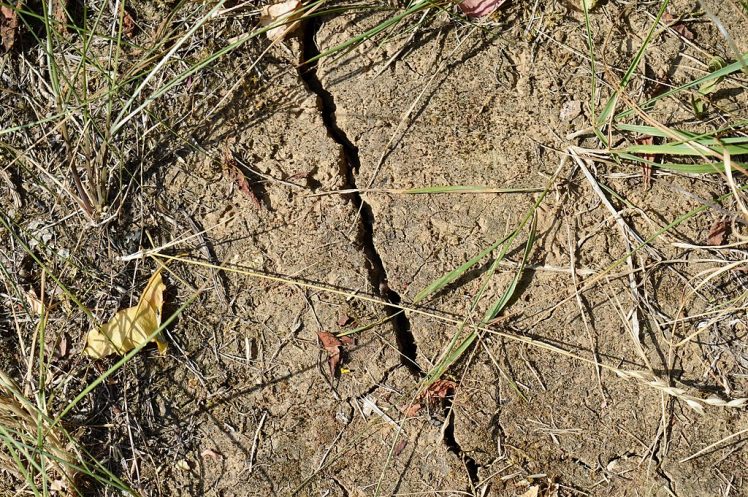 Drought and the lack of access to clean water constitute serious threats to human and natural wellbeing in many places of the world. Over the last century, drought has faded from quotidian life in many parts of Scandinavia and northern Europe. However, experiences of extreme weather in recent years have advanced a new awareness and preparedness agenda. Issues concerning water use and availability are now among the priorities of risk management, climate change adaptation, and preparedness efforts.

Sweden’s weather was fairly stable for much of the 20th century. The problems of drought were usually regarded as difficulties affecting local agriculture and drinking water supplies. In addition, concerns related to the climate and weather were commonly overshadowed by threats linked to the politics of the Cold War. In the 1990s, crisis management interventions were formulated around weather-related contingencies. Among other things, scenarios for dealing with flooding were being worked out.

The drought and the subsequent forest fires during the summer of 2018 ushered in a new discussion about Swedish preparedness against drought. The historical aspects of what was usually referred to as the extreme weather were highlighted by the fact that the drought and the subsequent forest fires were described as the worst in “modern times”. The abstract notion of long-term and large-scale global climate change was made concrete and meaningful here and now, as it were, in contrast to being viewed as a potential disaster happening in the future and mainly affecting other parts of the world.

Drought as preparedness problems is multi-facetted. Public agents, policy makers, and researchers underscore the large amount of work that needs to be done, the importance of facilitating a much-needed collaboration between different stakeholders and a holistic view of the issues at hand. The formulation of preparedness problems involves a kind of battle over the narrative of which threats are most serious, how they have developed, what may happen in the future, and necessary activities.

History is a fundamental component of the efforts of upholding vigilance against threats that may or may not materialize in the near or distant future. Learning from past events is crucial. However, while historical narratives help societies understand, manage, and cope with present vulnerabilities and challenges, it is impossible to devise effective preparedness measures based exclusively on historical experiences. In an era of climate change, the scale and speed of natural events have the potential of reversing understandings of historical development and build a foundation for a reformed narrative of Swedish readiness.

A historical perspective on drought as a contingency problem includes but also goes beyond mapping and analyzing past episodes of low water availability. It also brings light on the human subjectivities, relationships, and forms of governance that have emerged in response to previous occurrences. Focusing on people, it brings into focus the efforts to cope with uncertainty rather than the historical development of specific technologies for turning potential dangers into controllable and calculable risk.

This contrasts with a narrative about the ever-increasing safety and certainty of modern society. Rather than illuminating the many ways in which science and technology have improved the protection of human and non-human life, health, and vitality, other actors and issues come to the fore. Through studying actors that have taken the existential concerns of low water availability as their primary concern, it is possible to contribute new understandings of drought as an historical preparedness problem.

This may contribute new perspectives on the present, a kind of genealogy of uncertainty. In this perspective, “unpreparedness” against drought is not merely seen as an inability or inadequacy of certain institutions or technical instruments. It highlights a lack of historical narratives that can give meaning to what is currently happening and relate contemporary problems to a longer history of how society has functioned in difficult circumstances. It may help to inform the kind of coping strategies needed to deal with a volatile relationship between humans and water, or lack thereof.

Fredrik Bertilsson, historian, working as researcher at the Division of History of Science, Technology and the Environment, KTH. His project “Beyond ‘unprepared’: Towards an integrative expertise of drought” is funded by FORMAS during 2022-2025.