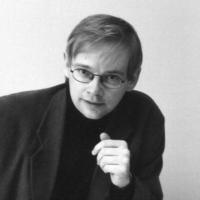 His research is focused on relationships between architecture and the humanities, ranging from studies of individual actors and public projects, to professional strategies, heritage practices and national historiographies. He was responsible for the sub area, "Architects in Formation", within the national research environment Architecture in Effect, directed by Professor Katja Grillner and funded by Formas 2011–2018, resulting in conference papers, peer-review articles and book chapters. Recent publications include a co-edited volume on the former building for the KTH School of Architecture (2020).

He is currently completing a book on the Stockholm Public Library, as a final result of a project funded by Riksbankens Jubileumsfond. This project has recently evolved into an on-going collaboration with Dr. Patrick H. Fleming, ETH Zürich, who is directing a project on recovering the historical construction of the library with Professor Laurent Stalder as collaborator, funded by the Swiss National Science Foundation. Other current projects include the German Congregation in Stockholm Old Town, funded by Berit Wallenbergs stiftelse, and an anthology on architectural criticism by Eva von Zweigbergk in the 1960s. He is also co-supervising three doctoral students, with topics ranging from architectural education to conservation and museum transformation.