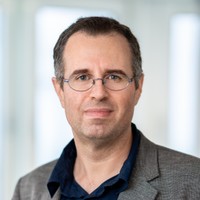 Cristian R. Rojas was born in 1980. He received the M.S. degree in electronics engineering from the Universidad Técnica Federico Santa María, Valparaíso, Chile, in 2004, and the Ph.D. degree in electrical engineering at The University of Newcastle, NSW, Australia, in 2008. Since October 2008, he has been with the Royal Institute of Technology, Stockholm, Sweden, where he is currently Professor at the Division of Decision and Control Systems, School of Electrical Engineering and Computer Science. His research interests lie in system identification, signal processing and machine learning. He is a member of IEEE and the IEEE Technical Committee on System Identification and Adaptive Processing since 2013, and of the IFAC Technical Committee TC1.1. on Modelling, Identification, and Signal Processing since 2013. He is Associate Editor for the IFAC journal Automatica and for the IEEE Control Systems Letters (L-CSS).