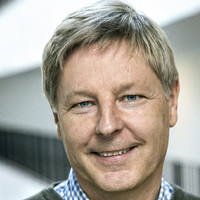 Fredrik Laurell received his M. Sc. (Electrical Engineering, LTH) and Ph.D. (Physics, KTH) in 1983 and 1990, respectively. He was a visiting research scientist at DuPont Experimental Station, Wilmington, DE, USA 1990-1991 and during 1992-1993 a project manager at the Institute of Optical Research, Stockholm, Sweden. He took a research associate position at KTH in 1993, where he became lecturer 1999 and appointed professor of physics and head of the Laser physics group in 2001. He acted as the Deputy Head, and later head of the Department of Applied Physics, KTH (2006 – 2014). He has been the chairman of the Swedish Optical Society (2004 -2013), founded PhotonicSweden, the national platform for optics and photonics, and he chairs the Optics section (ICSU) at the Royal Swedish Academy of Sciences since 2008. He has held leadership positions in the European Optical Society (206-2011) and the Optical Society (2011-2015) and he is a Fellow of the Optical Society (OSA) and member of Royal Academy of Engineering sciences where he leads the section for Basic and Interdisciplinary Engineering Sciences.

Laurell’s research spans studies of optical materials, nonlinear optics, guided wave optics and laser physics and he tries to bridge the gap between fundamental science and real-world applications. He holds 15 patents and he has authored or co-authored more than 700 publications, of which close to 300 are international peer-reviewed scientific journal papers and his H-index is 39 with more than 5000 citations (Web of Science). He has also founded 5 companies and received the Göran Gustafsson prize in physics (2003).