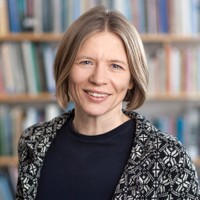 I am a scholar of environmental humanities with a background in semiotics, anthropology, environmental history and geography and trained in University of Kyoto (Japan) and University of Tartu (Estonia). In my work I have been interested in the interplay of personal and public in the environmental perception, more precisely on how individual experiences and cultural stereotypes influence the delineation and management of natural and cultural heritage sites (meant to be a scientific practice), and vice versa: how do individuals redefine their personal first hand experiences of landscapes according to cultural prestige and stereotypes held by larger influential groups. I have examined the mechanisms of meaning generation and identity building with the help of landscapes on individual, community and national level, analysing phenomena such as landscape protection, everyday practices, seasonality, literary representations and history writing, employing oral history, field work, literary texts and historical sources. Most of my work has been so far carried out in Japan and Estonia. In recent years, I have been increasingly working on Antarctic environmental history and heritage, seen through the lens of Japan and Latin-American countries.

At KTH, I am currently involved in two research projects concerning Antarctica. First, "On creating cultural heritage in Antarctica" (Project leader: Lize-Marié van der Watt) deals with the processes through which cultural heritage production is used to create collective memories of Antarctica and how cultural heritage can be reconciled with a governance system that limits the accumulation of material legacies of human presence. Second, Peder Robert's ERC grant "Greening the Poles: Science, the Environment, and the Creation of the Modern Arctic and Antarctic" (GRETPOL), aims at understanding the development of environmental science and politics in the polar regions during the period 1945-1991, in transnational historical perspective. Both of these projects aim at a comprehensive international comparison, in which I am responsible for the Japanese, Chilean and Russian/ Soviet case studies. In January and February  2020 I participated in Argentinian-Swedish joint expedition CHAQ2020 to the Antarctic Historic Sites and Monuments left on the Antarctic pensinsula by the Nordenskjöld expedition in 1901-1903 for documenting and maintenance work at the sites. The expedition blogg can be found HERE

From 2018, I am running a Formas-financed project  Sustainable communities and heritage politics beyond nature-culture divide: Heritage development as a strategy against depopulation in Japan.  The aim is to analyse the use of heritage development as a possible strategy against depopulation, by comparing how different types of heritage relate to the loca lcommunities. The project grows out of my earlier affilaition as a Visiting Associate Professor at the Mt. Fuji Centre for Mountain Research at the Shizuoka Prefectural Government, Japan, with a research project World Heritage and local communities (2015-2017) in which I have been studying World Heritage nominations in Japan and the intricate relations between global prestige, expert knowledge and local use, as well as the concepts of nature and culture in the nomination and management of several World heritage sites, mostly "Fujisan, sacred place and source of artistic inspiration", but also "Sites of Japan’s Meiji Industrial Revolution: Iron and Steel, Shipbuilding and Coal Mining" - a series of industrial heritage sites on Kyushu island and Yamaguchi Prefecture. The new Formas project expands the list of studied heritage sites further, including also Jōmon Archaeological Sites in Hokkaidō and Northern Tōhoku, Shiretoko National Park, Historic Villages of Shirakawa-gō in Gifu and Gokayama and Tomioka Silk Mill and related sites, as well as Aso-Kyūshū area that is currently designated as Aso-kujū national park, UNESCO Geopark and FAO Globally Important Agricultural Heritage System.

Equally from 2018, I am working together with Per Högselius and Anna Storm at the Formas financed Cold War Coasts: The Transnational Co-Production of Militarized Landscapes that explores from a transnational perspective the pervasive role of the military in shaping the Baltic Sea’s coastal landscapes since 1945 – and the practical challenges that the legacies from the Cold War period give rise to today. In addition, from 2018 to 2023 I am collaborating with Per Högselius' ERC grant NUCLEARWATERS: Putting Water a the Centre of Nuclear Energy History where I work on the Japanese nuclear industry's relation to water and a case study on conflicting resource interests in Soviet Estonia during the early stages of nuclear power plant planning in teh Soviet Union.

I am a member of the Standing Committee on Humanities and Social Sciences of the Scientific Committee for Antarctic Research (SCAR) and Estonia's representative in the ICOMOS International Polar Heritage Committee. I am a board member for the European Society of Environmental History (ESEH) and its regional representative in the Baltic Countries since 2017, as well as a founding and board member for the Estonian Centre for Environmental History since 2011 and the coordinator of the emerging Baltic Environmental Humanities and Social Sciences Network. From March 2020 I serve as a member in the School Collegium of the KTH School of Architecture and the Built Environment.

I am responsible lecturer for the courses AK1202 History of Science and Technology and AK2207 and AK2209 Energy Systems in the Society in the first and second cycle, and give classes in several third cycle courses, such as Introduction to the Research Process, Theory and Method, as well as Perspectives on Science, Technology and Landscape in Time and Space.