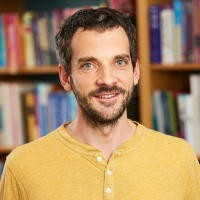 I am a planetary astronomer and physicist specialized in imaging data analysis and modeling. My research deals with the magnetospheric environments, atmospheres, surfaces, and interiors of various planetary bodies. The focus of most of my recent studies lies on the Galilean moons of planet Jupiter: Io, Europa, Ganymede, and Callisto. I am involved in projects on the auroral emission from the ice giants Uranus and Neptune, the rings of Saturn, and ultra-cool dwarf stars. Most of my studies are based on observations by the NASA/ESA Hubble Space Telescope (HST), for which I am leading several observational campaigns, as well as from ground-based telescope facilities, including the ALMA observatory. I am also part of the only Solar System observing program selected for James Webb Space Telescope (JWST) Early Release Science studies.

Several space missions are either currently orbiting or being built to investigate planet Jupiter and its environment and large monns. Being involved in all three of these missions, I have now and will have the chance to also work with in-situ observations at the planet.

Currently, I am leading a international team selected by the International Space Science Institute (ISSI), Bern/Switzerland, to meet and discuss the issue of loss from the atmosphere of Jupiter moon Io. More information can be found here.

Student projects on Hubble Space Telescope (HST) observations of Jupiter's moons and on planet Uranus are currently offered for Master students. We have new HST observing campaigns in 2020 and 2021 and you get the chance to work with brandnew data! Just  contact me by email or come to my office.