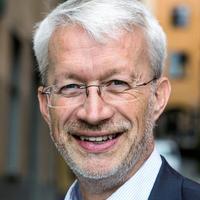 In 1986 I defended my doctoral thesis on cycling biomechanics with applications in orthopaedics, rehabilitation and sports physiology. Since then I have been working widely within the field Work Science, however mainly in physical workplace design and in addition to that research about the function of the autonomic nervous system in relation to stress and different heart related diseases. For many years the research has been only little active due to my global leadership tasks within Swedish Universities. A focus in my research and teaching now are the human-machine interaction, stress, decision making and leadership.

President (Vice chancellor) for the Swedish School of Sport and Health Sciences, 2005-2008.