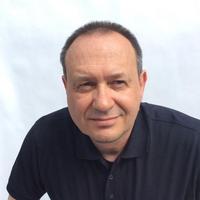 Rolf Stadler is a professor at KTH Royal Institute of Technology in Stockholm, Sweden. He received a M.S. degree in mathematics and a Ph.D. in computer science from the University of Zurich. In 1991 he was a researcher at the IBM Zurich Research Laboratory. From 1992 to 1994 he was a visiting scholar at Columbia University in New York, which he joined in 1994 as a research scientist. From 1998 to 1999 he was a visiting professor at ETH Zurich. He joined the faculty of KTH in 2001 and is currently with the Laboratory for Communication Networks at the School of Electrical Engineering.

Dr. Stadler is also a senior scientist at the Swedish Institute of Computer Science (SICS).

He is a founding member of the ACCESS Linneus Center at KTH, an interdisciplinary center focusing on fundamental understanding and engineering of complex networks and systems.

Dr. Stadler’s main research focus has been on integrated management of networks and systems. His group made many contributions to real-time monitoring, resource management, and self-management for large-scale networks and clouds. His current interests include advanced monitoring techniques, as well as the use of data-driven methods for network engineering and management.

Dr. Stadler is Editor-in-Chief of IEEE Transactions on Network and Service Management (TNSM).

In 2015, Dr. Stadler received the Dan Stokesberry Award, "presented to an individual who has made a particularly distinguished technical contribution to the growth of the network management field."