As a division, we publish a lot in many different outlets. Klara Müller, Linus Salö and Sverker Sörlin have compiled the following discussion of our publication pattern in our last Biennial report, which you can find here. 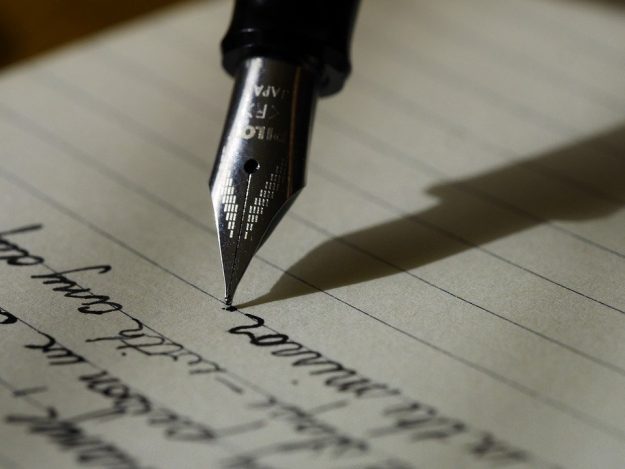 The following section is dedicated to an analysis of the Division’s publication patterns and is based on information collected from Digitala Vetenskapliga Arkivet, DiVA. The information in DiVA is uploaded by the researchers themselves. “Scientific publications”, as defined here, are publications registered in DiVA as “refereed” or “other academic”. The category does not include the content-type “other (popular science, discussion, etc.)”. For this year’s report, we have also excluded the subcategories “oral presentation only”, “oral presentation with published abstract”, and posters.

Why should we analyze publication data?
Scholars from a wide range of subjects have criticized the usage of metrics to evaluate research, and this critique has been particularly forceful from scholars active in humanities disciplines. We hope that by compiling publication data from DiVA, we can identify patterns that would not be possible to determine otherwise. This analysis acknowledges certain aspects of the Division’s publication output mediated through visualizations, numbers and charts. We can use the data to identify trends, strengths and weaknesses in publication patterns. But it is, of course, only possible to reflect certain aspects of what the members of the Division have been working on the last couple of years. It also brings up important questions about what we should measure, what this type of analysis of this type of data can tell us, and what research output we should focus on. How much can the Division publish, while maintaining high-quality publications? What is high-quality research, and what can we do to produce that? This analysis will not answer these broad questions, but might instead provoke new insights on what we can use metrics for.

Overall trends 2010 – 2020
Overall, the Division’s publications have seen a stable increase during the last decade. The most prominent category is refereed journal articles, while the output of the other categories (refereed book chapters, books, dissertations, other academic publication types) have been fairly stable. To put this in context, the Division’s research output has grown in a period when such output has in a general decreased in Sweden. According to the latest UKÄ report (February 2021), total publications dropped by 17 %, and in Humanities and Art the decrease has been no less than 23 %. The total number of peer-reviewed articles in the latter category was 1164 in Sweden during 2020.

During the past two years, members of the Division have been publishing in the following outlets:

Topics
Keywords corroborate the impression from journal titles that environment is a cross cutting theme in much of the Division’s research. The strong social concern is also visible (words such as political, justice, human, labour), along with an interest in urban issues, infrastructures, and energy in various forms. Science and technology also loom large as do gender/feminist, heritage, climate, and the Anthropocene. A significant category is “earth objects” such as sea, earth, air, water. As for geographical spread many regions appear, from the Philippines to the Baltic, but Sweden and Polar/Arctic are the most frequent ones, reflecting major research efforts in these areas. Our two special hubs are reflected in a strong presence of “Environmental Humanities”, and “Posthumanities”.

The rise of our co-authorships reflects, above all, continued internationalization, both of research collaboration and research content. This is in line with a general trend in humanities research in Sweden for more than a decade. According to a report from the research council VR (The Research Barometer 2019, p. 62), the share of Arts and Humanities publications co-authored internationally grew from 18 to 30 % from 2007 to 2017. As the figure illustrates the Division has moved in the same direction, only somewhat earlier and in a more pronounced way. In 2020 such publications made up around 50 % of our total publications (taking into account that a small handfulof the co-authorships are within Sweden). Part of the explanation is probably the relatively high proportion of non-Swedes among our researchers, but our collaboration networks are also important.

Publishing for other audiences
The following category of publications is not included in the analysis of scientific publications, since it is based on what is defined as “other (popular science, discussion, etc.)” in DiVA. This review was made to get a better understanding of how the Division’s publishing engages with audiences outside academia. In 2019 and 2020, members of the Division’s most frequent “non-scientific” publications, were in the newspapers Dagens Nyheter (16) and Svenska Dagbladet (9). The web-based magazine Curie, issued by the Swedish Research Council (Vetenskapsrådet), has also been a dominant outlet for non-scientific publications.
As the word cloud indicates, with newspapers as the dominant outlet, “article in journal” is the most common outlet in the category “other”, with 54 posts. But it is not the only one. There are also “chapter in book” (6) and, again, “other” (16). In this category, we find a mixture of blog posts and other online discussion outlets.
The category “other” has been fairly stable the last decade, except for a dip in 2013 and a rise in 2020. The stability indicates that members of the Division have not published less in non-peer-reviewed outlets, for example, newspapers, due to the rise in refereed articles and book chapters. We can also identify a notable rise in publications in the category “other” during 2020. A possible explanation of this rise in publications during 2020 might be the Covid-19 pandemic and the need for researchers to engage in public debates, which members of the Division have done with at least 10 texts reflecting on the crisis.