To the moon during a conference

At her last conference, she arranged a visit to the moon, the Oval room in the White House and a guided tour through Copenhagen with her Nordic colleagues. Despite a pandemic. After Zoom and Teams comes VR, a technology about to explode within organizations, according to Britta Nordin Forsberg, VR researcher at the Department of Industrial economics and management.

Hands up, if you are tired of video conferencing! Meetings in Zoom and Teams are simply not like meeting each other in real life, and doesn’t encourage creativity. Major technological advances are still required for digital collaborations to be as interactive as physical meetings, but the pandemic has triggered the development of VR, which is quickly gaining ground outside the gaming world.

Virtual reality is a technology where we meet in a way that resembles reality. We can simulate an environment looking like our physical workplace, or a conference facility or a dashing roof terrace in… well, why not Shanghai?

“The interest in AR and VR technology has increased rapidly in the past year. It’s not until now that VR can be adapted to a wider use. The technology has matured and prices have become reasonable. But it still needs to be refined - it's just like the development from thick TV screens to today's flat screens”, says Britta Nordin Forsberg.

VR was knocking on the door already before the pandemic, but is now rapidly becoming an important part of companies' digital transformation. The construction industry invests in safety training in risk environments in VR since the technology helps the users to actually feel they are exposed to a risk. Surgeons can practice work steps without compromising patients' well-being.

And now "social VR" is emerging - an area that will not least be able to put some flavor to our meetings on a distance.

Britta does research on social relationships and collaborations in VR - ie "social VR". Compared with other VR applications such as simulators, VR for social interaction is still in its infancy and her research is thus at the forefront. She studies, among other things, how professional meetings work in the virtual world, the role of the avatars' appearance and function, and smart tools in virtual meetings.

“What attracts us to meet in this way is a feeling of being in the same physical place. I believe it’s a natural development for us to create meeting environments that are more similar to our real world, and above all, to create a greater sense of belonging.”

In 15 years, Britta believes that VR has become commonplace when we meet.

“I think we will have developed tools in VR that are adapted to the type of meetings we have, like a brainstorming meeting. And maybe some people or professional categories have their entire office in VR, skipping the physical office.”

Britta was out early to arrange meetings in "social VR" to be able to do research on it.

In November, she arranged a virtual mingling during a Zoom-based conference, ScAIEM, for INDEK departments (Industrial Economics) from all over the Nordic region.

"An important part of conferences is to network, exchange ideas and socialize, and that is where video meetings have its limitations."

There were no limitations on ScAIEM's VR get-together. The participants met on a fictional island in the ocean with sun and beautiful views. Everyone had to create their own avatar from a gallery of hair colors, clothes, etc., or download a portrait photo to their avatar. In addition, all participants were provided with name tags and which university they came from.

The program during the mingling was extensive: the participants had time to play table games and basketball, be teleported to the moon and the Oval room in the White House and end the event with a guided bike ride in Copenhagen.

“Both the visual- and the sound experience help to get the feeling of traveling. The sound actually resembles a real experience. You can hear the conversation within the group you are close to, while other conversations become like a background noise, just like in real life.”

The traditional group photo was also taken in the VR world:

“Some participants from KTH gathered in Sing-Sing and sat scattered in each corner of ”Plattan”. I stood on the entrance level and could watch when we said "wave", everyone did it from their own corner on Plattan, and of course from other parts of the Nordics. Afterwards, there was a lot of talk and laughter about the experience, certain situations and the events. It was something new that you’ll remember." 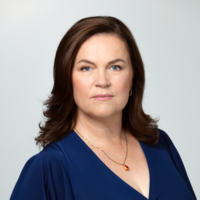