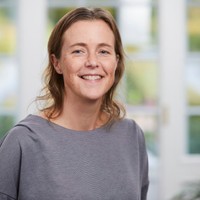 I am a polymer chemist and the research I have been involved in has most often included development of degradable polymers; mainly synthesis and functionalization but also device fabrication. Today the research also includes some inert polymers. Current projects I supervise focus on

·  tuning 3D environments to make them suitable for tissue regeneration (tune the macromolecular structure, mechanical properties and degradation rate, design when and where growth factors are released)

·  designing devices using additive manufacturing (understand how the polymer behaves in the printer and how the process influence the polymer, define the surface characteristics of the printed samples and, for example, correlate that with biofilm formation)

EXAMPLES OF ENGAGEMENT AT KTH

EXAMPLES OF OTHER ENGAGEMENT