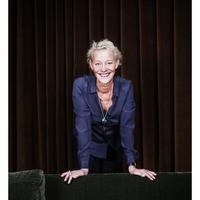 Anna Wahl holds a Chair, Professor Gender, Organization and Management, at the Department of Industrial Economics and Management, Royal Institute of Technology (KTH). Her research areas are Organization and management theory, with focus on gender and feminist theory. She was a pioneer in the field of gender research on management in Sweden with the doctoral thesis Gender structures in organizations (Könsstrukturer i organisationer) 1992, Stockholm School of Economics. She initiated the research group Fosfor that has been leading in the development of gender theory in the area organization and management in the Nordic context. The group has published several books and articles and collaborate with other researchers and similar research groups in Europe since. Her main research areas of interest are power relations in organizations related to processes of change and resistance, constructions of masculinities, women’s survival strategies and gendered organizational cultures. The ground-breaking textbook by Fosfor Det ordnar sig (It will be in order, translated to several languages) was published 2001, and in a revised version 2011, is used at a number of universities in Sweden and in many management development programs. She has published in International review of women and leadership, Kvinnovetenskaplig tidskrift, NORA Nordic Journal of feminist and gender research and Equal Opportunities International.

Anna Wahl took her PhD in Business Administration 1992, and was previously employed as Assistant professor and Associate professor at Stockholm School of Economics. She was Guest professor at Karlstad University 2004-2005 and Linköping University 2012-2014 before she came to KTH 2005, were she received her Chair 2008. She has been head supervisor to five finalized doctoral thesis, and faculty opponent to six PhD dissertations. She holds many assignments in the academic area, e.g. presently member of Gender Equality Commission at the Swiss National Science Foundation. She has been leading several government commissions on gender in executive positions in Swedish private business sector, published in Government reports SOU 1994: 3, SOU 2003:16 and SOU 2014:80. She has been involved in management training and gender equality projects in most areas of working life for more than twenty years, and is a well-known lecturer in the field of gender and management, gender equality and feminist theory, in Sweden and in other internationally. She has been invited 2015-2016 as a speaker to e.g. Université de Lausanne (UNIL), EPFL (École Polytechnique Federale de Lausanne), EMBO (European Molecular Biology Organization), Swiss Science Foundation, Oslo University and NTNU (Norges Teknisk- Naturvitensakpelige Universitet) in Trondheim. AW has an assignment at KTH to work with faculty development and gender equality, and to develop methods and measures to integrate gender studies and gender equality in the educational programs. She continuously performs workshops on gender equality with executive and faculty groups at KTH.

This projects aims at contributing to increased gender equality in film and material science in Sweden. The purpose is to develop knowledge on gender equality work in practice, and to develop theories on methods for change. To increase gender awareness is crucial when challenging gendered organizational cultures, the project is based on a mix of lectures, exercises and reflective discussions. The project builds on previous projects by the researchers, e.g project Harriet and Moviement, to include knowledge on the two industries and on their relation to and experience from gender equality work. Several reports and articles will be published from the project. AW has also published a popular report based on a study about gender equality in Swedish film, edited by WIFT, Women in Film and Television in Sweden:

The Tech Industry is male dominated, and technology often gendered masculine. Definitions of technology are to a large extent based on ideas of masculinities and men. The role of the engineer is formed by this discourse and practice, and often difficult to challenge from a gender equality perspective. This project is exploring the gendering of technology in general, and specifically of the gendering in the ICT sector. One recently published and related article is:

This project is focusing on the development of methods for gender equality and diversity work in academic contexts. One part is about the gendered conditions in academic organizations, and the second part is to develop processes and measures for change. Some recent publications and other results from the project are: