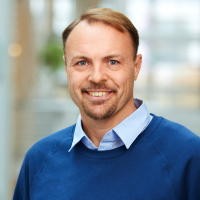 David Broman is an Associate Professor at the KTH Royal Institute of Technology, Associate Director Faculty for Digital Futures, and CEO of Consecio AB. Between 2012 and 2014, he was a visiting scholar at the University of California, Berkeley, where he also was employed as a part time researcher until 2016. David received his Ph.D. in Computer Science in 2010 from Linköping University, Sweden, and was appointed Assistant Professor there in 2011. He earned a Docent degree in Computer Science in 2015. His research focuses on model-based design of time-aware systems, including cyber-physical systems, embedded systems, and real-time systems. In particular, he is interested in programming and modeling language theory, formal semantics, compilers, and machine learning. David has received an outstanding paper award at RTAS (co-authored 2018), a best paper award in the journal Software & Systems Modeling (SoSyM award 2018), the award as teacher of the year, selected by the student union at KTH (2017), the best paper award at IoTDI (co-authored 2017), awarded the Swedish Foundation for Strategic Research's individual grant for future research leaders (2016), and the best paper presentation award at CSSE&T (2010). He has worked several years within the software industry, co-founded three companies, co-founded the EOOLT workshop series, and is a member of IFIP WG 2.4, Modelica Association, a senior member of IEEE, and a board member of Forsknings och Framsteg.