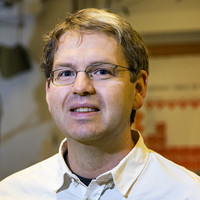 Associate professor Kristinn B. Gylfason received the title of Docent in Micro- and Nanosystems in 2015 and the PhD degree in Electrical Engineering from in 2010, both from KTH. He received the the MSc and BSc degrees in Electrical Engineering from the University of Iceland in 2003 and 2001, respectively. The spring term of 2002 he did an exhange at the University of California, Santa Barbara, USA. From 2003 through 2005 he was a research engineer at Lyfjathroun Biopharmaceuticals, Iceland, and in 2005 he received the Steinmaur Foundation nanotechnology graduate study scholarship. He received the Göran Gustafsson Young Researcher Price as well as the largest Young Researcher grant awarded by the Swedish Research Council to KTH in 2011. During spring 2013 Kristinn was a visiting post-doctoral scholar at the Photonics Group, Ghent University, Belgium. His research involves photonic nanodevices for biomedical and communications applications.

From 2014 to 2016, Kristinn was a member of the KTH Electrical Engineering Faculty Council, and since 2015 he is a representative of the EE school on the KTH  Faculty Assembly.

Kristinn leads the research on optical biosensors and photonic micro- and nanosystems at KTH MST. Current projects include: