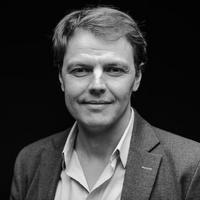 James Gross is a professor with the Electrical Engineering and Computer Science School of KTH Royal Institute of Technology, Stockholm since November 2012. From 2016 - 2019 he was the director of the ACCESS Linnaeus Centre , while he is currently Associate Director of KTH's new Digital Futures center. He also is a member of the board of KTH’s Innovative Centre for Embedded Systems. His research interests are broadly in the area of mobile systems & networks, with a focus on critical machine-to-machine communications, cellular networks, resource allocation as well as performance evaluation methods (in particular stochastic network calculus as well as network simulation). Prior to joining KTH, he was assistant professor and head of the Mobile Network Performance Group at RWTH Aachen University from 2008 – 2012 as well as a member of the DFG-funded UMIC research centre of RWTH. James studied at TU Berlin and UC San Diego, and received his PhD from TU Berlin in 2006.

James’ work has been funded by various different agencies and projects, among them national science foundation in Germany and Sweden, the ICT TNG SRA in Stockholm, the Linnaeus ACCESS centre, the DFG-funded UMIC centre in Aachen, the ministry of science in Germany as well as direct support by various different companies. Apart from publications, his work has had impact on wireless networking standards and lead to various patents. James has lead a team of researchers to build one of the world-wide first wireless systems realizing critical machine-to-machine communications. This work has led in summer 2015 to the formation of the spin-off company R3 Communications.