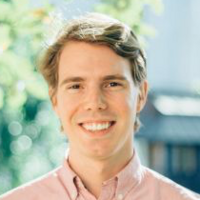 Born in Stockholm, Sweden, Jonas studied at the MSc program in Chemistry and Chemical Engineering at KTH Royal Institute of Technology with a specialization toward organic and physical chemistry, from which he graduated in 2009 after exchange year at University of Tokyo and summer internship at Princeton University. He defended his PhD in chemical physics in 2014 at Stockholm University and received Sigrid Arrhenius stipendium for eminent research during his graduate studies, which included three years as visiting physicist at SLAC National Accelerator Laboratory in 2010-2013. In 2014-2015 he was a postdoctoral fellow in biophysics at Uppsala University. In 2016 he returned to KTH as assistant professor at the Department of Applied Physics and was promoted to associate professor in 2020. He is currently principal investigator of the Coherent X-ray Scattering Group in the Division of Biomedical and X-ray Physics and teaches BSc, MSc and PhD students in electromagnetism and waves, x-ray physics and their applications. In 2018, he received the Göran Gustafsson prize for young researchers and the FELs of Europe award on FEL Science and Applications. In 2020, he became docent in physics with specialization in x-ray science.

Jonas has experience in both experimental and theoretical research with over 50 peer-reviewed scientific publications and several invited lectures at international conferences. He was on the FASM board for synchrotron radiation users at MAX IV in 2018-2021, co-responsible for the APHYS collegium in 2019-2021, and an active member of the single-particle imaging initiative that supports transformative techniques for structure determination at LCLS. He is co-responsible for the science case and beam delivery work packages of the soft x-ray laser (SXL) working group that developed a conceptual design report for an XFEL at MAX IV and has organized several international workshops. He is experienced with big data clustering in Python and C++ and familiar with web application development in Java and JavaScript. Repositories on GitHub to which he has contributed:

We are always looking for motivated and talented BSc, MSc and PhD students! Contact for more information.