“Why does it have to be so difficult!” is the working title of Anna Hrdlicka's doctoral dissertation, which she will publish later this fall. The dissertation takes a closer look at how citizen dialogues in planning processes work in Sweden. It is based on data from 70 municipalities and interviews with around 40 politicians and civil servants.
“My thesis is about community planning and how it can be enhanced and made more efficient, for example to build more places to live. But the real world doesn't really match the laws”, she says.

The academy, authorities, the business sector and politics – Anna Hrdlicka's career path has shifted between different settings over the years. After her licentiate thesis in 1996, Anna started working with business development and smart homes at Ericsson. A few years at the Institute for Future Studies followed, where she wrote a report on why the technologists' visions of smart homes didn't happen. She had time to work at the Institute for Growth Studies, before she started her own business, offering courses focusing on design challenges for youths.

During her previous studies, she had been interested in the collection of data at the administrative level. A lot of data was collected, but it didn’t always turn out correct.

“Error reports that got mixed in different categories within property management was one example. A cracked faucet and a broken bathtub and more - had there been a party? No, it should have been sorted in the "Maintenance" category instead. People working to fix the flaws obviously understood this, but there needs to be a much greater understanding of different interpretations of the data. These soft questions are hard to catch. There is a lot of tacit knowledge that sits in people's heads”, she says.

And the same is true on a larger scale, a tacit knowledge among citizens that is not voiced until it is too late.

“When the green patch in the nearby area is to be built on in the city, Facebook groups are formed that express disappointment. I have been interested in how the legislation supports processes where citizens are involved.”

The regulation of construction has been developed ever since the 13th century in Sweden. How close to another house can you build a new house, for example? That needs to be regulated. And we still have the Building Code from 1734.

“When the society becomes more compact, the need for regulation increases. The building laws of today rest on laws from 1987 and 2000.”

In the 1987 Planning and Building Act, a new important component was introduced into the Act; influence, which must take place via consultation with the citizens.

Before 1987, all plans had to be adopted at the municipal level and then sent to the County Board for approval. But after 1987, the municipality gained greater decision-making powers. If the County Administrative Board was not satisfied, they could instead appeal.

“The changes have meant that municipal politicians have a greater influence today than before. Municipal autonomy is accentuated and the state's role and governance disappear.”

“I see differences in different municipalities. There is no framework for the citizen dialogues and the evaluation is unclear. The result is that it takes too long from initiating the plan to finish it. There is always a trade-off between giving influence, but not increasing the possibility of an appeal process. This is a learning process”, says Anna.

According to Anna, there are questions about how the municipalities make use of the results and how the content from the citizens is returned to the planning processes.

“The sooner this is done, the better. As it is now, participation from the citizens is cracking. The citizen dialogue is not perceived as a concrete opportunity for influence. Everything is perceived as decided and the process instead becomes a game for the galleries.”

While the general plans have a time horizon of 15-20 years, the detailed plans have a certain implementation time and are valid until they are changed. At the same time, there is criticism that it takes too much time to produce detailed plans, often due to appeals.

Anna believes that an intermediate step for consultation, between the general plan and the detailed plan, is missing. She also believes that the municipalities must get better at doing what is stated in the Planning and Building Act, PBL. As of now, PBL is often perceived as an obstacle.

At the same time, she admits that the material is complex.

“It is clear that the legislation is the basis, but the application is made difficult by the fact that plan theories and democratic approaches in practice do not match the law. ”

The citizen dialogue can take different shapes. Anna gives an example from England.

“There, one thousand citizens gathered during a weekend for a dialogue and a workshop. It worked great!”

Which municipalities do you think are the best ones, when it comes to the citizen dialogue?

“The municipalities that follow the national legislation that we have. It is politicians who own the issue, but the role of civil servants is very important, they must support and prepare. Then there are politicians who say that they will challenge the legislation in order to see where the limits are. The best municipalities are those that know what they want to have a citizen dialogue about and why and use the results constructively. 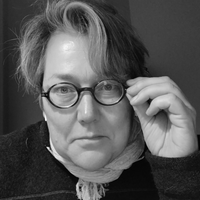 This is the 37th article in the School of Architecture and the Built Environment's series of articles on selected research, education or collaboration initiatives from each department. You can find the previous articles here:  Archive