New docent among the foremost in social life-cycle assessment

After fifteen years as a consultant in sustainability and an academic plunge in social sustainability, it’s easy to see that Elisabeth Ekener, new Docent at the Department of Sustainable Development, Environmental Science and Engineering (SEED) has a strong commitment to both research and sustainability. She thanks coincidences and luck – combined with a decent amount of initiative – for reaching a position among the twenty most influential researchers in her field.

To begin with, it was a coincidence that took her to KTH Royal Institute of Technology. After 15 years as a consultant in environmental and sustainability issues, she was hired for a project at Centre for Sustainable Communications, a Center of Excellence financed by Vinnova and managed by KTH between 2007 and 2017. That project resulted in two articles and a professor encouraging her to use them as part of a doctorate. Four years after her arrival at KTH she had amassed enough publications – through different projects – to present and defend her thesis on social life-cycle assessment.

Life-cycle assessment with a social dimension

In contrast to what is included in traditional life-cycle assessment (LCA), i.e. to calculate the environmental impact of a product, from the extraction of natural resources to its end of life, social life-cycle assessment (S-LCA) takes into consideration social and socioeconomic effects, how people are affected by the production, usage and the final stage of a good or service. In her first project at KTH, Elisabeth Ekener did a study about laptop computers and encountered conflict minerals in DR Congo as well as children and youth in Nigeria burning cables to extract copper to sell. (“The result of us buying new computers”.) That kind of study gets a high level of abstraction since a computer can contain components from thousands of suppliers. It is practically unfeasible to track each component to its source and S-LCA can in that case be used as a screening tool to identify areas where a visit on-site to study and improve the social conditions can have the greatest impact.

When Elisabeth Ekener began studying S-LCA it was a research area in the making. The first guidelines had been published the year before she started working at KTH and they became the foundation for her doctoral studies. Now, ten years later, there is a self-organizing global community of researchers who organize conferences. Among other things, Elisabeth Ekener is a member of the steering committee of the Social Life Cycle Alliance, an organization working with methodological development and practical application of S-LCA. She has also gained international recognition and estimates that she is among the world’s twenty best-known researchers in her area.

The second version of the guidelines was published less than a year ago by the Social Life Cycle Alliance with support from UNEP Life Cycle Initiative. It’s still to a large degree an intra-academic publication but compared to the last version it’s more of an instruction manual.

“S-LCA is still in the research stage, says Elisabeth Ekener. We are in a pilot project with several companies who are evaluating the new guidelines, and a publication with experiences from the test phase is on the way. We hope to produce a generally applicable and robust tool that companies can use.”

Earlier this year the International Organization for Standardization, ISO, has begun the work on creating a standard for S-LCA.

According to Elisabeth Ekener, there is criticism claiming that you can only get valuable information through interviews with individuals. She replies that it’s anyhow better than not to try. Social impact is complex and can’t be summarized in five points. How do you for example deal with children in Bangladesh who earn a living by manually scrapping electronics and can be seen as having a better quality of life than if they wouldn’t have that occupation? Can an unacceptable situation be approved if the alternative is worse?

Elisabeth Ekener doesn’t find becoming a docent that challenging, defending her doctoral thesis was more jittery. But the title has its obvious advantages. Now she can e.g. be a principal supervisor and be part of an examining committee in Sweden.

“Of course it’s fun becoming an docent, it’s a certificate that you have advanced in your academic carieer and ability, an acknowledgement that opens new doors, says Elisabeth Ekener. For the department, it also means that one more employee can take on assignments that require a docent, and thus I can be of greater use.”

Commitment for research and sustainability

After fifteen years as a consultant in sustainability and an academic plunge on social sustainability, it’s easy to see that Elisabeth Ekener has a strong commitment to both research and sustainability. This has been expressed in representing KTH and being the spokesperson for the Swedish branch of March for Science, a global movement that arranged hundreds of demonstrations in support of research.

In Sweden, the many volunteers from different universities that took part in the demonstrations in 2017 were coordinated by the organization VA (Public & Science). The other week Elisabeth Ekener took part in the same organization’s event Forskarfredag with a seminar about facts vs. opinions. She has also initiated two climate seminars, 11 and 12 November, that will be broadcast from the KTH library due to COP26, the postponed climate change conference in Glasgow. The purpose is to show KTH research that can contribute to solving the climate crisis.

Elisabeth Ekener has also been affected by the research surrounding her on a personal level. She has stopped flying and she buys second hand when possible.

“The research shows that the situation is terrible, most people seem to think that it’s enough to replace diesel cars with electric ones. But I am convinced that we are facing radical changes in our lifestyle, either voluntary or because there is no choice.”

So how does one keep hope up despite the burden of all this knowledge?

More about the course States and Trends

“I am responsible for an evening course, States and trends, with students from KTH, people working and a group of pupils from the last year of the upper-secondary school Globala gymnasiet. It’s the same thing there. Their response is normally that the course is great but at the same time depressing. But you have to think that when it comes to climate every tenth of a grade matters. What we do matter.”

“What I find difficult to understand is politicians – who must have a clear image of the climate problem –who don’t do more. I discussed it with an expert on climate issues lately. His theory was that they don’t think it’s politically possible to advance faster but that they are colluding by instating rules like the Swedish Climate Policy Framework. Rules that they themselves will be forced to follow, but also can point at, not needing to take the political consequence of every individual action for the climate.”

We normally don’t put our faith in colluding politicians. But in this case, it’s difficult not to hope that she and the expert are right in their speculations. 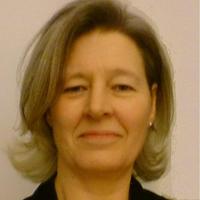 This is the 18th article in the School of Architecture and the Built Environment ' s new series of articles on selected research, education or collaboration initiatives from each department. You can find the previous articles here:  Archive