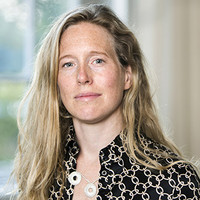 Anna Herland was born in 1979 in Eskilstuna, Sweden. She received a M.Sc. degree in Biological Engineering in 2003 and a Ph.D. degree in Applied Physics in 2007 from Professor Olle Inganäs’ group, Linköping University, Linköping, Sweden. 2009 she joined Assoc. Professor Ana Teixeira’s group for a postdoc in regenerative medicine at Karolinska Institute, Stockholm, Sweden. 2011-2013 she was an independent project leader at Karolinska Institute focusing on neural and stem cell engineering. Anna was a visiting research fellow and team leader of the neural models at in the group of Professors Donald Ingber Wyss Institute, Harvard University 2013-2016. 2016 she was awarded Wallenberg Academy Fellow and KTH Tenure Track to start a group focused on In vitro neural models and Hybrid Bioelectrical Systems at the Department of Micro and Nanosystem at the Royal Institute of Technology, Stockholm. In addition, the group has an affiliation with the Department of Physiology and Pharmacology at Karolinska Institute. The aim of the research is to understand neuronal interactions with other neural and neurovascular cells, specifically in terms of metabolic function and neuronal activity. The core technology is based on human primary and stem cell-derived neural cells combined with fluidic and electronic device construction in Organ-on-Chip design. Anna has currently 28 peer-reviewed publications, a h-index of 22 and10 filed patents.

Read more about our research at: