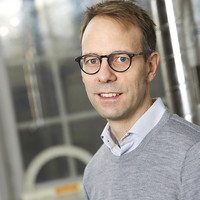 In 2007, he joined Assoc. Prof. Morten Grøtli at Medicinal Chemistry, Department of Chemistry, University of Gothenburg, as a post-doctoral fellow funded by the European Union (CELLCOMPUT). The work involved the design and synthesis of biologically active kinase inhibitors to be used as tools in signal transduction research.

In November 2021, he was promoted to Professor in Organic Chemistry.