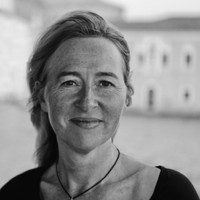 Under the working title Restoring the Welfare State she is at present developing a cross-disciplinary project on the welfare-state, its cultures, politics, materials and agents, that aims, through study the ‘making’ of the welfare state, to contribute to the understanding of how the material heritage from the post-war period today is valued.

Honours and awards (fellowship) in selection

The fragile monument - on conservation and modernity