The DiSa lab opens the gate between models and reality

In the School of Architecture and the Built Environment's new lab, DiSa, there are digital tools for the built environment available to students, researchers and teachers. In addition to software for visualisation and building information modelling there is equipment for virtual and augmented reality, scanners, 3D printers, and also a small fleet of drones of different sizes. The lab’s director, Ahmad Reza Roozbeh wants to see the equipment come to use.

The first thing that strikes you when entering the DiSa lab – except for the impressive height of the ceiling and the overhead crane far above – are the many computers and the large projection screens on three of the lab’s walls. The computers are equipped with specialized software and resources like software for photogrammetry and management of point clouds for building information modelling (BIM), visualisation, programming and parametric construction and design, e.g. Revit, Enscape, Rhino, Grasshopper and Python.

One of the lab’s users is Gustav, a student who is working with the programme Enscape for his master thesis.

“You can make models of an environment incredibly fast. Many BIM and CAD programmes have built-in rendering features but they often only allow you to take still images, which can take hours to create. Since Enscape only shows environments graphically you can quickly and easily get an idea of how the environment will feel, also at different times of the day.”

Gustav shows an environment he has created, intended for an existing location in Alby. Next to detailed tower blocks are row houses, basically white boxes, put there to show the connection between the different buildings. He places planter boxes, changes the time of the day and moves around. If he wanted to, he could connect his computer to the big screens to see his creation on a larger scale and also add sounds from the room’s loudspeakers.

The lab’s director, Ahmad Reza Roozbeh, shows a pair of augmented reality glasses, a Hololens, which you put on your head with a transparent screen in front of your eyes.

“You can see the room you are in and the computer makes it possible to add items that are displayed digitally on the screen. By connecting with people elsewhere, who also have a Hololens, it is possible to share the experience or to experience someone else’s combination of real and digital surroundings.”

Another possibility is to enter a model with virtual reality glasses, which can also be connected to the large screens. Using the VR glasses you can travel through a rendering, move in three dimensions and quickly move between different locations. You steer by looking around and using two handheld controls and you quickly get a feeling of how a building will appear in reality.

Find more information and reserve the lab on the intranet. (Accessible to employees and students at KTH)

DiSa - The Lab for a Digital Built Environment

The DiSa lab is also equipped with advanced laser scanners from Trimble, a corporation that has also donated equipment to the newly inaugurated Trimble Technology Lab in the same building. In the DiSa lab, there is a Trimble TX8 with a camera that moves in 360 degrees and can register one million points per second. With that speed, it takes three and a half minutes to scan the entire lab. The point cloud that is created can be moved to a computer and be transformed into a building information model using Revit, and be used to visualise an existing structure that you want to rebuild or add something to. Visualisation with for example Enscape is already being used by some architects and it gives a different experience than when you only rely on a drawing.

Such a BIM, recreated from e.g. a point cloud supplied by a scanner, can also be used by a property manager to store information about the entire property, including each component and object. For example where there are fire extinguishers, when they were last controlled and when the next control is due. Or to optimize the ventilation for the number of people in the building. The other scanner, a Trimble SX10, can be used for demarcation. I.e. marking where, in depth, width and height different parts of a construction shall be placed.

If you want to go the other way round and create a physical object from a digital drawing, there is a 3D printer, an Ultimaker S5. Ahmad Reza Roozbeh shows a model of a sofa and an artistic roof construction that he has printed and he talks about a time when the 3D printer was used in education.

“A group of students had an assignment to design a toilet and got the opportunity to print their constructions. One of the toilets was intended for a west coast beach that is very popular among surfers, and it had a roof that looked just like a surfing board. Being able to see the construction as a 3D model makes it very concrete.”

Drones for photogrammetry, inspection and more

Finally, Ahmed Reza Roozbeh shows one of the lab’s drones. It’s the mid-size model that weighs almost one kg and that stays indoors on this occasion, where it’s constantly beeping to warn for all the objects in its vicinity. It can otherwise remain flying for almost 30 minutes and it has a reach of 8 kilometres. The display on the hand control allows the remote pilot to follow the flight even when the drone is out of sight. Drones can be used to film and take photos of existing constructions and facilities to create building information models. But they can also be used e.g. to inspect bridges, towers, tunnels and other hard-to-reach locations. The large drone, an impressive gadget equipped with a high-quality camera for photos and film and with a 1 TB hard drive, can be used for documentation, and scanning of ground and real estate, buildings and facilities.

“It has been used the film the location where they plan to build a new railway station in Kiruna. That film was turned into a building information model with special software in the DiSa lab’s computers. That was a usage I had not imagined and I hope the amazing equipment we have in the lab really will be used that way, both for purposes that are easy to think of and also for more unexpected purposes.”

The DiSa lab’s resources are available at a cost price. Both the entire lab and the equipment can be reserved via the lab’s web page on the KTH intranet. There you will also find a list of the software and equipment in the lab. 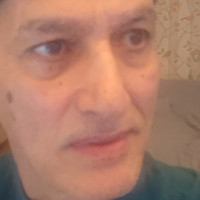 This is the 34th article in the School of Architecture and the Built Environment 's new series of articles on selected research, education or collaboration initiatives from each department. You can find the previous articles here:  Archive