What role does the global sustainability goals have in the collection and processing of data on the environment? What are the effects of datafication? What can a framework for trust and participation in future governance and management for sustainability look like? These are issues that the Mediated Planet project will tackle. Adam Wickberg is one of the researchers in the new project. He talks about how large flows of data have created a 'mediated planet'; one which is increasingly interpreted and governed by various decisions based in this data.

What initiated the Mediated Planet project?

- “The project is part of the development of the research area of History of Media and Environment at our division. It is research in the emerging field of integrative humanities based on the integration of technology and environmental science which strives to address major societal challenges. Environmental humanities is perhaps the most prominent example. The Division also has an Environmental Humanities Lab which has had a strong international luminosity for about ten years now. The project takes its point of depature in the fact that over the past fifty years, the global environment has been the subject of rapidly growing mediation and data management. Our understanding of the global environment is always mediated, there is no way and no place today where we can see the global environment without using data. This is a necessary process for us to be able to build more knowledge and understand the environment, and thus be able to better manage it wisely and responsibly in the long term. However, the use of environmental data an under-researched area in general, but the importance increases the more digitalized society becomes, as new technological development such as AI will create new challenges for the management of environmental data. The closer we get to 2030 without having reduced our greenhouse gas emissions sufficiently, the more alternative solutions to reduce greenhouse gases are being discussed. Both solutions and access to information that was seen as science fiction a decade ago are now becoming increasingly technically accessible, but are they managed right? This requires an in-depth understanding that also takes into account the social, ethical, democratic and philosophical dimensions of the problem.”

The aim of this project is to critically examine opportunities and risks in the comprehensive data classification of the environment in relation to the sustainability goals for climate (13), oceans (14), ecosystems and biodiversity (15) as well as efficient and inclusive institutions (16). The project has received funding from Formas from the largest targeted call for research to date on how to achieve the UN Sustainable Development Goals. Adam continues:

-“There is not much research on the data aspect of the Sustainable Development Goals today, it is rather something that is taken for granted and not problematised per se. All the sustainability goals are data-driven and when you look at both the current situation and goal fulfillment, it is based on existing environmental data. We wanted to look critically at the environmental data used - to ask very basic questions, for example what - and how - we know what we know about the climate today. It is a long process from data being collected, processed, stored and interpreted until it ends up on politicians' tables and finally lands as the UN's sustainability goals. The overall goal of the project is to develop original, new knowledge of significance for the implementation of the Global Sustainable Development Goals. We also need data to see what we can expect for the development in the 2020s, which has been named by the UN as the "Decade of Action". It remains to be seen if we will live up to that. Will there be change to the extent we hope? How can access to and use, ownership and control of data be used to promote the implementation of the sustainability goals? At the same time, the rapidly increasing digitalisation and new technological development with AI at the forefront come into the picture. These development processes in technology and the environment greatly influence each other. The aim is to develop the environmental sustainability goals but also to increase the conditions for being able to realise the peaceful and inclusive societies mentioned in goal 16. There is much to suggest today that technology such as AI will play a key role in the transition, but who should have influence, and how, is still an open question. However, there is already a strong tendency in the United States for power to be handed over from governmental agencies to the big technology companies. It is very important to ensure that risks are minimised and that the democratic potential is protected. There is always someone who owns the data that is used. The use of data has become discussed more in recent years, with more whistleblowers like Edward Snowden and others coming forward. Who owns the data? Who decides how it is used? We are particularly interested in how opportunities are seized and how risks are managed within the UN framework for sustainable development and what role is played by public institutions, technology companies and civil society actors, such as environmental organizations and so-called citizen science initiatives."

Who is involved in the project?

“We are a small group of researchers with different backgrounds and research focus; environmental history, media history and sustainability. From KTH it is Susanna Lidström, Sverker Sörlin, Sabine Höhler and I. Johan Gärdebo (formerly KTH, currently at LiU) and Amanda Lagerkvist (Uppsala University) are also part of the project. We have a number of stakeholders in the project for example the Swedish Meteorological and Hydrological Institute (SMHI), Statistics Sweden, the Swedish Environmental Protection Agency and the UN Development Program UNDP. We will be able to collect material from them and work in dialogue, but of course also report back the results so that it benefits them as well. The project will run for five years. We also have an assistant professorship linked to the project, which is being funded by the Wallenberg Foundation's AI initiative WASP and an associated doctoral student position with a focus on the environment, media and AI. We applied for funding for the assistant professor position in a large national call for AI research that combines the humanities and social sciences with technology. We were first selected as one of the three projects that KTH nominated and then one of 11 initiatives nationally that eventually received funding. Of course, we are very glad that they chose to invest in our research in such fierce competition. Both the climate issue and AI are often handled in very highly specialised disciplines, but when it comes to humanity and human behavioral changes, an interdisciplinary and social science focus is also needed. Major issues in the environment and technology can not only be understood within the framework of delimited scientific disciplines, but benefit from being understood through cross-border interdisciplinary collaborations that can handle several areas of knowledge simultaneously. The division also runs the ERC project SPHERE, which is led by Sverker Sörlin and can be seen as a sister project. It is about similar issues but from a more socio-political perspective."

What will you do?

- “We will collect both historical and contemporary material on issues of environmental data such as data ownership, access to data and data use. The Sustainable Development Goals are understood as the outcome of longer historical processes, so on the one hand we will do historical studies linked to these issues. When it comes to for example AI, it often has either a present orientation or a future focus, but we also need to look in the past more to understand this development. We will conduct solid historical studies from the 1980s onwards in terms of environmental understanding - from the basics of human collection to autonomous sensors that collect data in deep-sea environments or in space with satellites, and remote sensing. The aim is to create a longer historical timeline around the use of data on the environment, with a focus on the marked increase and change that has taken place since around 1980.

On the other hand, we will also carry out contemporary studies of current technology development with AI, Big Tech and various initiatives using environmental data linked to the sustainability goals. "Data is the new oil", is a quote that is often repeated and data has increasingly been considered as something that generates money today. At the same time, the enormous and energy-intensive use of digital technology today is driving unsustainable resource use. The digital cloud is anything but inmaterial. The more and better technology, the more energy is needed. Cloud services for example requires large server halls. The rapidly increasing use of information and communication technology (ICT) today accounts for 3% of global greenhouse gas emissions. And they are increasing according to new calculations at a rate that would mean that they will account for 14% by 2040 if nothing changes. There are many who rightly believe and hope that AI can create a green transition, but at the same time more and more energy is required to drive the technology and today only 7% comes from renewable sources such as sun and wind.

There are also risks with various forms of distortion (so-called "bias") within AI, both in where the data comes from, who owns it, and how it is used. We have already seen that AI systems can recreate racist or sexist prejudices and opinions with devastating consequences, which have been documented in the United States recently both within the financial sector and the police. We will study data from authorities and the large data management companies, for example internal documents, governance, corporate form, etc. The sector has become more invested in showing its willingness to improve, but it is still elusive. We will also examine how the global sustainability goals themselves create incentives for systematic data collection, and, vice versa, how they also depend on the same data for scientific review and evaluation.”

What do you hope to achieve?

- “The Mediated Planet project will run in parallel with the concrete work on the sustainability goals which is being carried out during the 20s. The research on the historical and future development will thus follow the current development happening now. The hope is to be able to influence policy, politics and ultimately the management and implementation of the work with the environmental goals. The project will lead to concrete recommendations. Together with stakeholders, we will formulate proposals and concrete instruments for democratic governance of what can be called a 'mediated planet'. The proposals must be based on measurable values ​​and be about carefully selected goals, but also critically relate to the risks that exist around integrity, power and control that we know easily arise when large amounts of data circulate. There is a great deal of polarization and a lot of conflict over these issues and what the solution is. The focus will be on collecting material, getting a broad, comprehensive overview, and landing in concrete recommendations regarding system support and the use of environmental data." 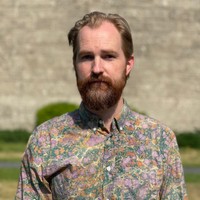 This is the fourth article in the School of Architecture and the Built Environment 's new series of articles on selected research, education or collaboration initiatives from each department. You can find the previous articles here: