The main focus of this group is to unravel the origins and evolution of the domestic dog, exploiting the new generation of very powerful DNA sequencing technology.

We perform massive genome sequencing, bioinformatics and phylogeographical analyses to identify the geographical and cultural context of wolf domestication and unravel which genes were under selection in the domestication of wolf and further evolution of the dog.

Our studies are based on a unique sample collection from several thousand dogs globally, which has enabled the first genetic comparisons of dogs worldwide. Our studies have given the first solid data about the geographical origins of the dog, and its subsequent worldwide dispersal.

In a sequence of papers we have in increasing detail identified the time and place of dog origins, and of the routes and timing of initial spread of dogs, e.g. to Australia resulting in the dingo. In identifying southern East Asia as the probable origins of dogs we suggest a region hitherto not recognized as a possible candidate, thus changing the paradigm about dog origins.

Our genetic studies have been among the most extensive of any domstic animal, based on classical (Sanger) DNA sequencing techniques. We are now taking advantage of the revolutionizing development of DNA sequencing in the search of the traits and genes involved in the domestication of wolf and earliest development of dogs, as well as the related history of dogs.

Based on our knowledge of dog genetics we also develop forensic methods for analysis of dog DNA, and have used these methods in forensic casework in several police investigations. 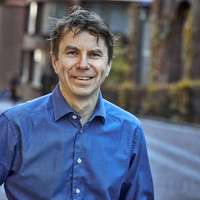