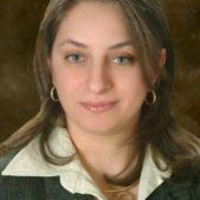 I am a computer scientist with 15+ years of diverse experience, I have had the advantage of working in both the academic and cooperate environments in different parts of the world including England, Sweden and the Middle East, having the privilege of transferring and knowledge bridging experience. I have a Master of Science (M.Sc.) in artificial neural networks, Computer Science (2001).

Before taking up my current post, I was a lecture and ICT pedagogy at University West, Trollhättan, Sweden until 2016. And was further more Scrum Master at NEVS (National Electrical Vehicle of Sweden) Trollhättan Sweden 2016-2017.

I have had the honor of winning the EECS Prize 2020  for the ability to create impact in society by letting the students solve real problems in projects provided by Swedish organisations. Which was handed out by the School of Electrical Engineering and Computer Science's honorary nomination, at KTH. In addition I have won first prize in Almi's regional competition "Pitch your idea" 2016 for the project iSMART in addition to winning first prize for the regional inventor entrepreneurs by Innovatum Incubator 2016. I have also received the award for Best Presentation at the”IT and Engineering Pedagogy" ITEP’ conference track at IEEE Global Engineering Education Conference 'EDUCON' 2016.  Current research interests are primarily based in advancing computer science in digitization and utilization of ICT for Inclusion qualities.