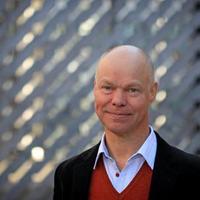 I am professor of teletraffic systems since March 1998 and was head of the Department of Network and Systems Engineering at KTH until the end of 2017. I have previously worked for IBM Zurich Research Laboratory, and for the Swedish Institute of Computer Science (now RISE SICS).

My Ph.D. is from Columbia University (1989), New York, and my M.Sc. from Chalmers University of Technology in Gothenburg (1983). I have been visiting professor at EPFL, Switzerland, and the Helsinki University of Technology in Finland in 1996 and 1997 (both periods were 6 months); I have spent a year from August 2005 to July 2006 as visiting professor in the the Communication Systems Group at ETH Zurich, Switzerland.

I am senior member of the IEEE and a member of ACM, and serve on the editorial board of IEEE Journal on Selected Areas of Communication.

My research interests are mobile communication, in particular opportunistic wireless communication, and quality of service issues for the Internet. Here is a short announcement from KTH, Katastrofvarnare och revolutionskatalysator i ett (in Swedish), regarding the uses of the opportunistic communication. I gave a keynote speech at Extremecom 2013 at the Volcano Huts in Iceland on the topic Opportunistic Communication at the Fringe of Networking.

I am also interested in online teaching and the future of the university and higher education. For work on this, I was awarded the KTH Pedagogic Prize for 2015 with an interview in Swedish in Campi. Here is the report from a workshop on the future of engineering education, KTH Education 2027/2028.

My publications from Google Scholar and my CV.

Progress is more important than peace to a university
- Clark Kerr: The Uses of the University (5th Ed., 2001)

We have organized a seminar with Sverker Janson, SICS, on open online courses and the future of the university (in Swedish) on May 22, 2013. My thought on how to restructure higher education are available here (in Swedish).

I led a group that organized a public seminar on the future of work given advances in automation, held on Tuesday April 21, 2015 (in Swedish). Program, reading tips and videos from the event are available here. Here is a summary from KTH Campi.

I have led a project on Swedish for immigrant, funded by Vinnova with the Swedish title Svenska överallt: SFI med språkbad. Here is an article about the project in Swedish.

What engineering is about

No profession unleashes the spirit of innovation like engineering. From research to real-world applications, engineers constantly discover how to improve our lives by creating bold new solutions that connect science to life in unexpected, forward-thinking ways. Few professions turn so many ideas into so many realities. Few have such a direct and positive effect on people’s everyday lives. We are counting on engineers and their imaginations to help us meet the needs of the 21st century.

The proper study of mankind is the science of design.
- Herbert Simon, winner of the Riksbank’s Prize in Economic Sciences (1978)