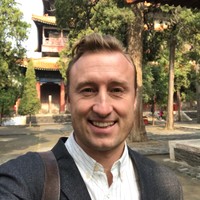 Johan Hoffman is professor of numerical analysis, and deputy head of the division of computational science and technology. He is on the editorial boards of the SIAM Computational Science and Engineering book series and the Elsevier journal Computers & Fluids. His research combines fundamental research on mathematics, computer science and computational mechanics with applied research in interdisciplinary collaborations with industry and society, focused on aerodynamics, urban planning, renewable energy and biomedicine. He is a founder of the FEniCS open source software project, and partner in the EU project GENEX.

His research is funded by the Swedish Research Council and the European Commission. In 2015 he received an European Research Council (ERC) Proof of Concept Grant, and in 2014 a Bizkaia Talent Grant (Marie Curie Action). He was selected for a Research Fellowship of the Swedish Research Council (VR) in 2010, in 2008 he was awarded an ERC Starting Grant, and an Individual Grant for the Advancement of Research Leaders by the Swedish Foundation for Strategic Research (SSF). His research is also supported by EU through Horizon 2020, the Swedish Governmental Agency for Innovation Systems (VINNOVA), the Swedish Energy Council, the Partnership for Advanced Computing in Europe (PRACE), and the Swedish National Infrastructure for Computing (SNIC). He is the recipient of the Ingvar Carlsson Award (by SSF) in 2005, the Leslie Fox Prize in Numerical Analysis (by the Institute of Mathematics and its Applications IMA) in 2005, and the Bill Morton Prize on Computational Fluid Dynamics (by the Oxford Institute for Computational Fluid Dynamics ICFD) in 2001.