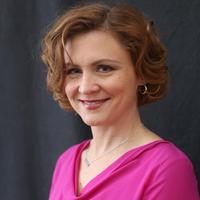 Her research interests are in movement simulation, strategies, consequences, and assistance in children and adults with motion disorders.  She leads the research group at the KTH MoveAbility Lab.

Persons with physical disabilities are the largest minority group in the world. Despite this, we as a society have relatively little ability to predict the long-term spiraling effects of their primary disability, and treatment is thus often short-sighted in nature.  Through multidisciplinary collaboration, we aim to expand fundamental knowledge of the tissue and systemic behavior of persons with disability through studies spanning several biological scales. We study, on tissue levels, changes in muscle structure and function due to abnormal neurological signaling, as well as changes in bone tissue and growth due to abnormal mechanical loading. We also study, on the systemic level, the movement strategies employed by the central nervous system; these are central to effective treatment design and successful outcome. Furthermore, we strive to attain clarity as to the causal relationship between primary pathology, secondary consequences, and compensation strategies, in order to facilitate better prospective treatment design. On an organism level, she is active in the conceptual design and development of assistance-as-needed robotic exoskeletons that empower each individual to locomote to his/her best ability..

She is generously sponsored by Stiftelsen Promobila (2019-23): Multiscale and multimodal biomechanical research for persons with motion disorders. She also currently holds a Consolidating Grant from the Swedish Research Council (BADASS: BiomechAnics in motion Disorders and ASSistance) for the years 2019-24.