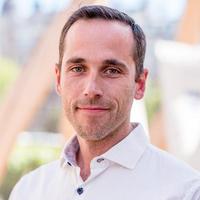 Petter Ögren was born in Stockholm, Sweden, in 1974. He received the M.S. degree in engineering physics and the Ph.D. degree in applied mathematics from the Royal Institute of Technology (KTH), Stockholm, Sweden, in 1998 and 2003, respectively. In the fall of 2001, he visited the Mechanical Engineering Department, Princeton University, Princeton, NJ. From 2003 to 2012 he worked as a senior scientist and deputy research director in Autonomous Systems at the Swedish Defence Research Agency (FOI). In 2013 he started as an Associate Professor at KTH, and since 2018, he is a Professor at the division of Robotics, Perception and Learning (RPL) at KTH. 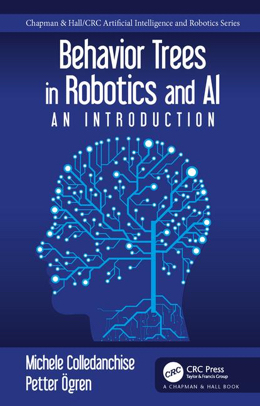 My recent book, Behavior Trees in Robotics and AI.

His current research interests include modular and flexible control systems, multi-agent systems, and human robot teaming, with the joint goal of realizing robot systems that are robust, safe and easy to use.

Modularity is a key enabler for designing and understanding complex systems. In this research activity we have investigated the use of a new modular task switching control structure called Behavior Trees (BTs). It turns out that BTs generalize a number of earlier control structures, such as Decision Trees, the Subsumption Architecture, and the Teleo-Reactive approach. The modularity furthermore enables analysis of system performance across compositions of sub-systems into more complex systems, and also provides a convenient structure for both planning and learning approaches.

A Multi-agent team performing a task can often improve robustness, flexibility and performance, as compared to a few more complex agents. Robustness is improved by reducing the impact of single failures. Flexibility is improved by the possibility of moving agents to different locations to perform simultaneous work, and performance can be improved by e.g. providing sensing capabilities across a larger area in a search task.
In this research activity we study how to design efficient decision making schemes for Multi-agent teams performing different tasks, such as formation obstacle avoidance, search, pursuit-evasion, patrolling, or performing adversarial games.

Humans and robots have complementary skills in many areas. Robots often have good precision, endurance, repeatability, predictability and focus, while humans are superior in high level understanding and decision making, innovation and improvisation, adaptability and fine manipulation.  In this research activity we explore combining the best qualities in both to maximize team performance.

A google scholar citation count can be found here.